My Work With Tao

Having grown up with yoga and holistic health since she was four years old, Terri is an internationally-recognized yoga and meditation teacher, and long-standing advocate for health & sustainability and the empowerment of women & girls. She incorporates mindfulness into most of her programs and has shared her knowledge in a range of settings from the Sustainability Leadership and Inspiration Academy at the Faculty of Economics at the University (FELU) of Ljubljana in Slovenia to presenting “The Gandhi Effect” program on personal transformation, leadership and social change to a standing room only audience at the Newark Peace Education Summit which headlined His Holiness the 14th Dalai Lama. In 2002, she founded the first yoga studio in Harlem and served six years on the Board of Yoga Alliance, including Interim CEO and their first African-American chair of the Board. She is a National Spokesperson for the American Heart Association, and has served on their International Stroke Committee, New York State Advocacy Committee, Multicultural Leadership Committee, Harlem Go Red Committee and Social Media Subcommittee. She has also served as an Ambassador for HealthCorps.

In 2011, yoga master Tao Porchon-Lynch asked Terri and her mother–Columbia University-trained journalist Janie Sykes Kennedy–to help write her autobiography. In addition to being named Oldest Yoga Teacher by Guinness World Records in 2012 and wowing judges dancing with her 26-year-old partner on America’s Got Talent in June 2015, Tao marched with Mahatma Gandhi, helped Jews escape the Nazis as a French Resistance fighter in World War II, modeled for top couture designers, was an actress under contract with MGM in Hollywood, among other things. At 97 years young, Tao seems to have boundless vitality and shows us all what is possible with a lifetime of conscious living. A Hardcover edition of Dancing Light: The Spiritual Side of Being Through the Eyes of a Modern Yoga Master was released in September 2015 and received endorsements from a number of notables such as Rodney Yee, Colleen Saidman Yee, Dr. Suzanne Steinbaum and Agapi Stassinopoulos. Dr. Deepak Chopra said, Tao is “a mentor to me… one of the most acclaimed yoga teachers of our century…she teaches us to have exquisite awareness in every moment.” The Dancing Light book has won multiple awards including a 2016 IPPY Award in the Autobiography/Memoir II category and 2016 International Book Awards in three categories including Autobiography/Memoir, Spirituality: Inspirational, and Best Cover Design: Non-Fiction. For the last four years, Terri has been traveling with Tao–as far away as Montenegro and Dubai–moderating “Conversation with a Master” events, assisting in yoga workshops and documenting their journey. Along with her mother, she is working on capturing more of Tao’s teachings and inspiration in various forms for the world to enjoy.

Always seeking to learn, Terri has multiple certifications (coaching, yoga, fitness, holistic health counseling, lifestyle & weight management) and a world-class education–Wellesley College, Harvard Business School, Harvard Kennedy School of Government, Yale University Jackson Institute for Global Affairs and Lee Kuan Yew School of Public Policy in Singapore. She has received a wide range of awards and recognition including Sweet Success (2014) from Women in Business, National Power Award (2009) from the American Heart Association, CUP Fellow (2009) from the Council of Urban Professionals, Women of Brilliant Achievement Award (2008) from Charles & Colvard, Cheerios Sisters Saving Hearts Award (2008) from General Mills and the Congressional Black Caucus, Women Who Dare To Be Different Award (2008) from Congressman Edolphus Towns and The Women’s Caucus, Emerging Entrepreneur (2006) from INC Magazine and the William J. Clinton Foundation, The Network Journal’s 40-Under-Forty Achievement Award (2004), Teaching for Diversity Program Award (2004) from the Kripalu Yoga Teachers Association and the Tides Foundation and Emerging Entrepreneur (2002) from the Social Venture Network. Author of four books, she contributes to various blogs such as The Huffington Post, the World Economic Forum, Impatient Optimists (Gates Foundation), and Speaking of Women’s Health (Cleveland Clinic). Although she is American, she was born in Ghana, started school in Australia and studied design in Italy. She loves traveling the globe with a “real” camera in hand and has been on all continents except for Antarctica.

Learn more about her speaking events, strategy sessions, coaching, yoga/meditation, media and writing/producing. You can also book an event with both Terri and 97-year-old yoga master Tao Porchon-Lynch. Find out more here. 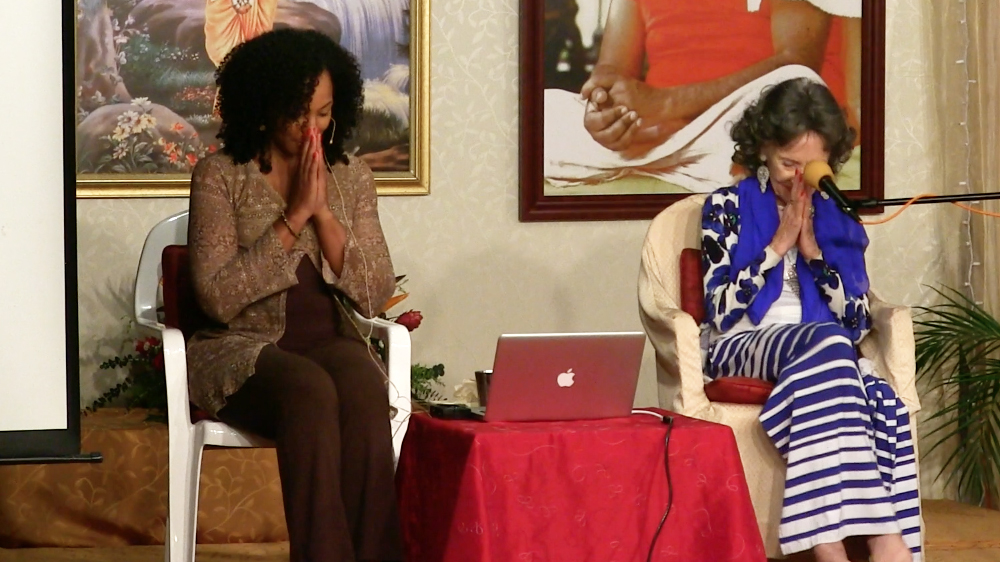 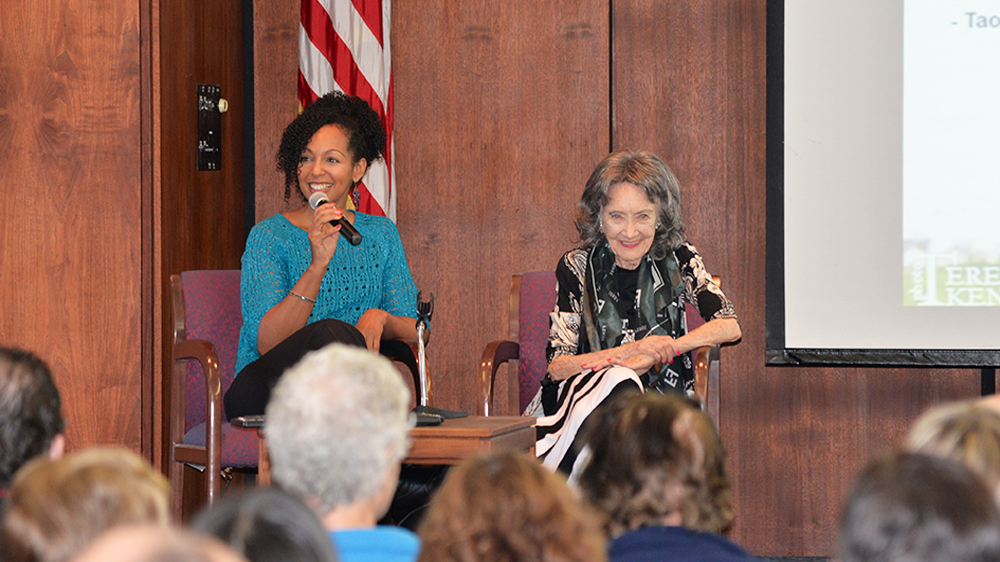 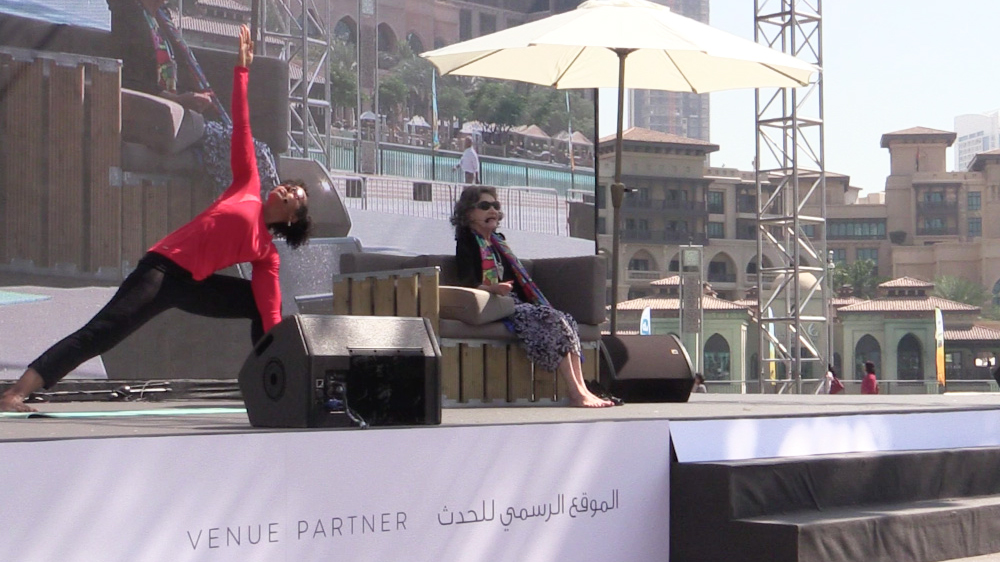 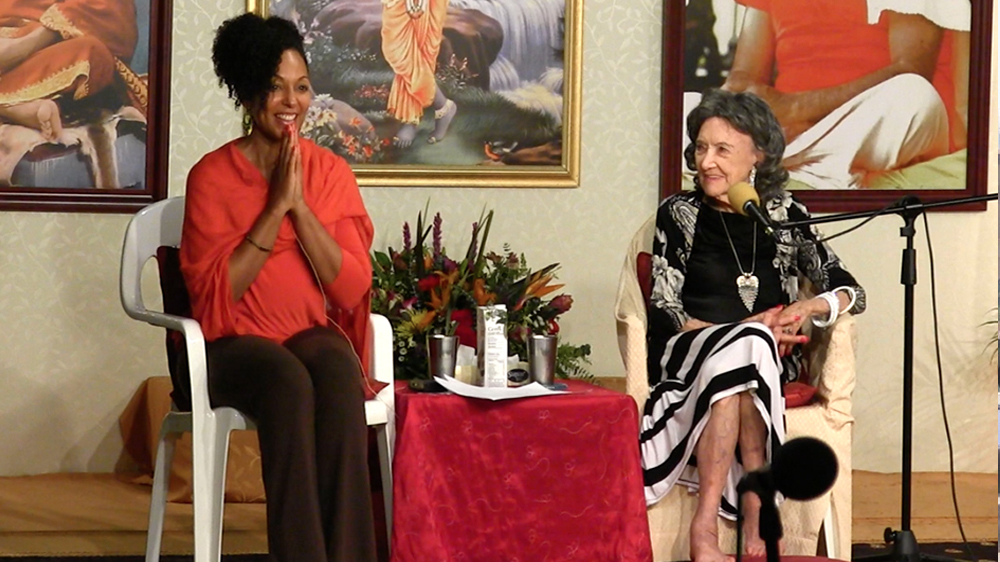 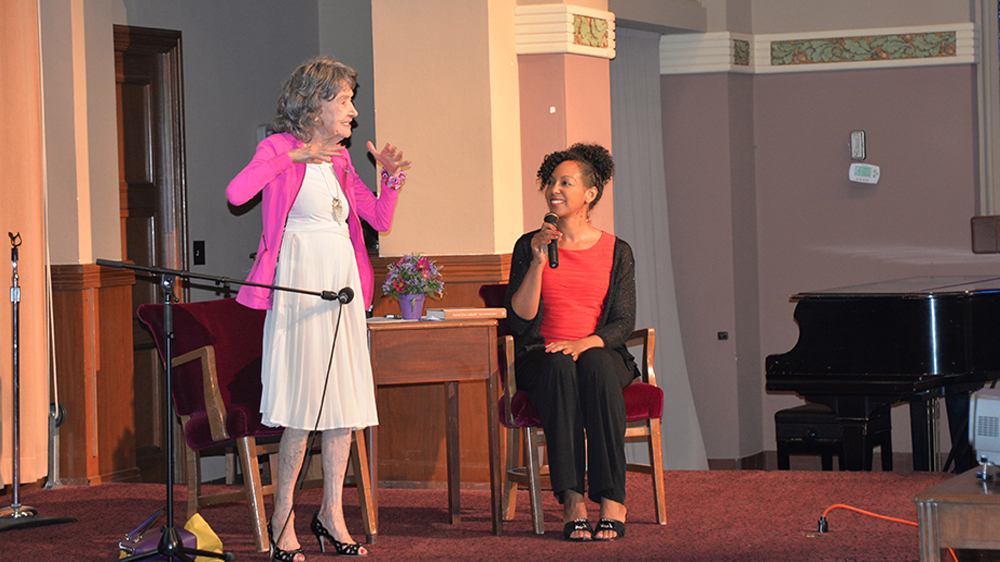 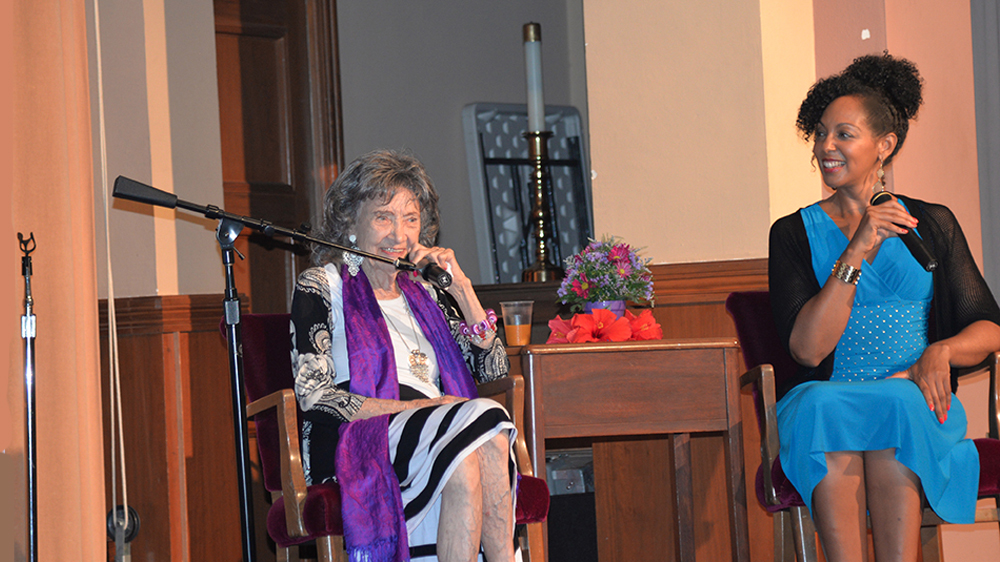 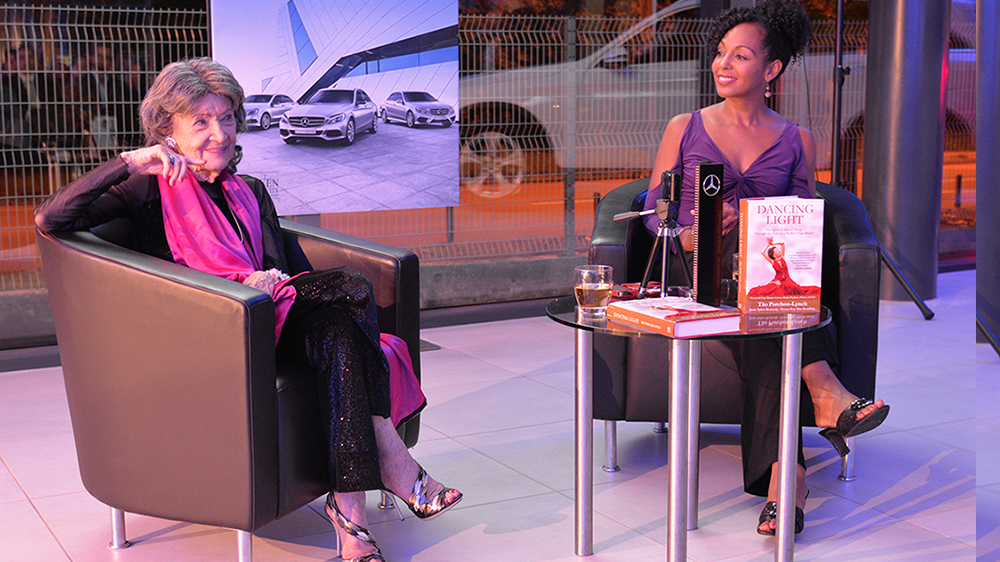 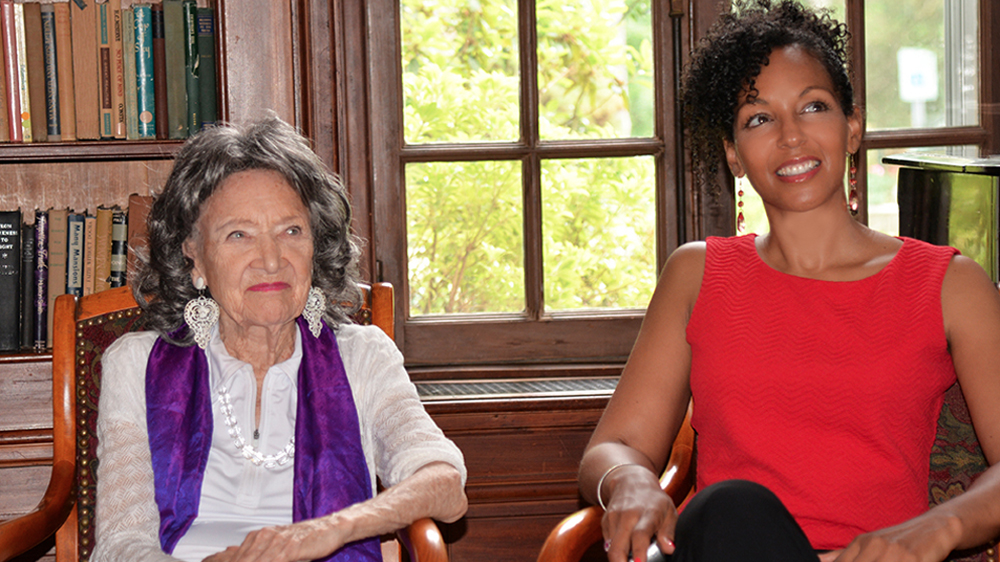 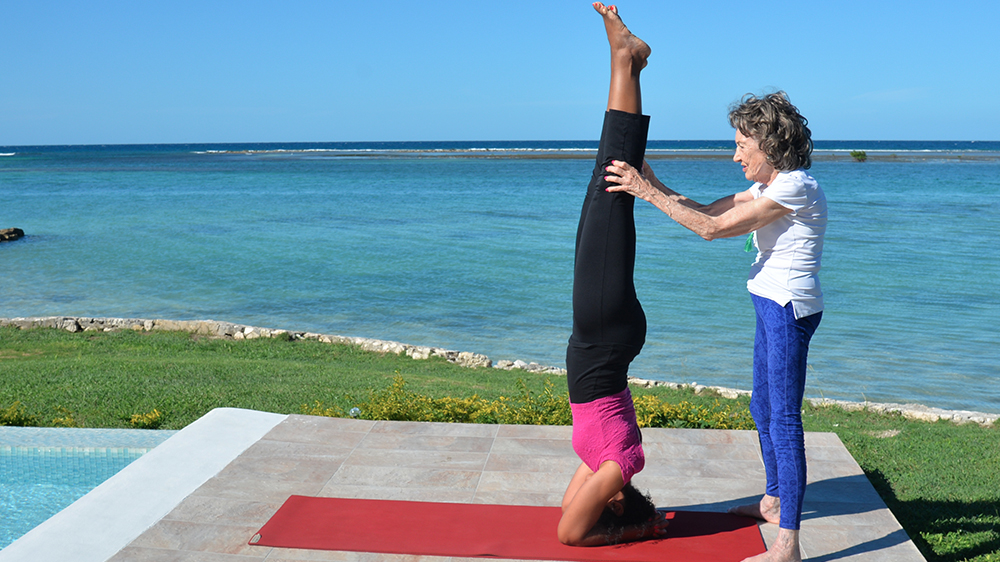 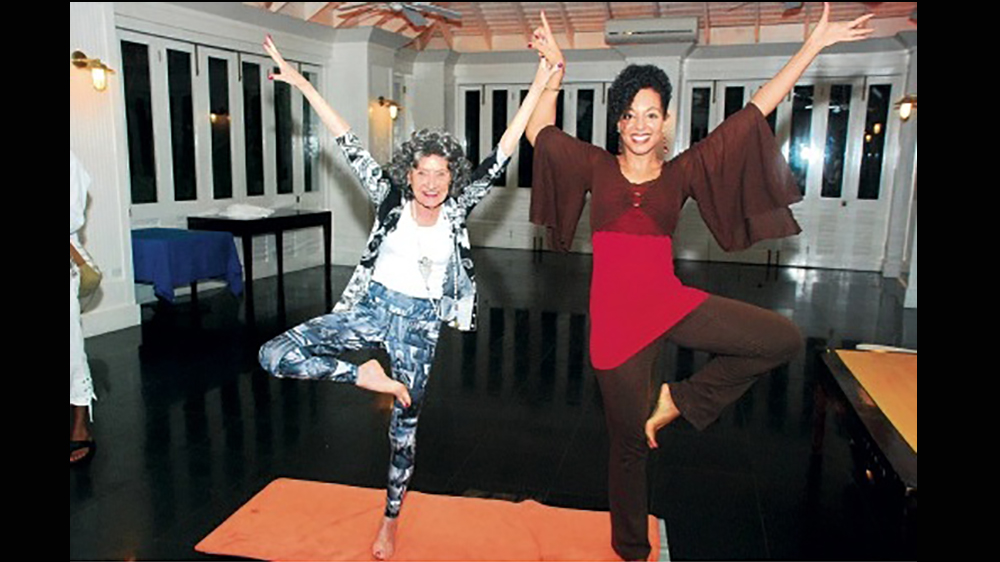 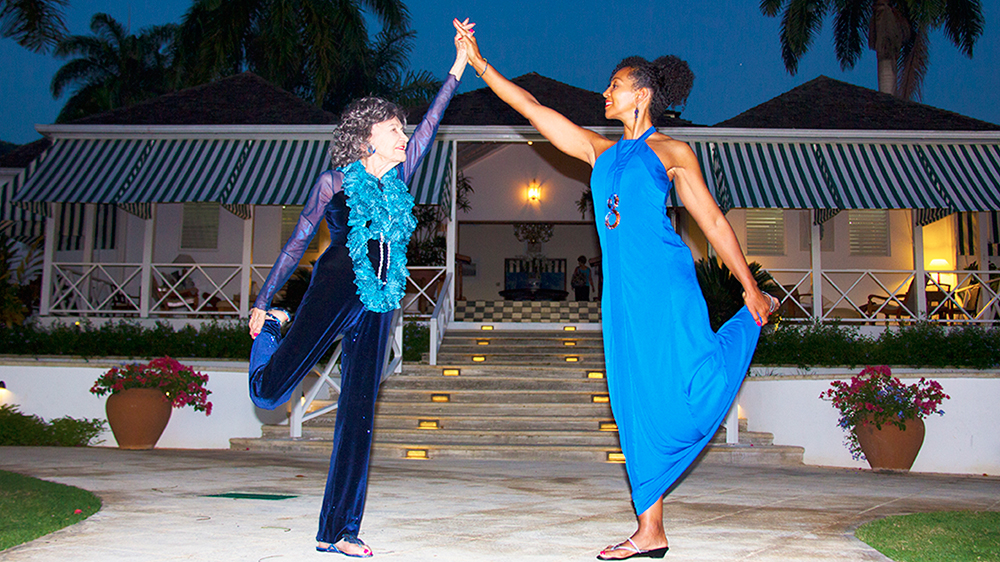 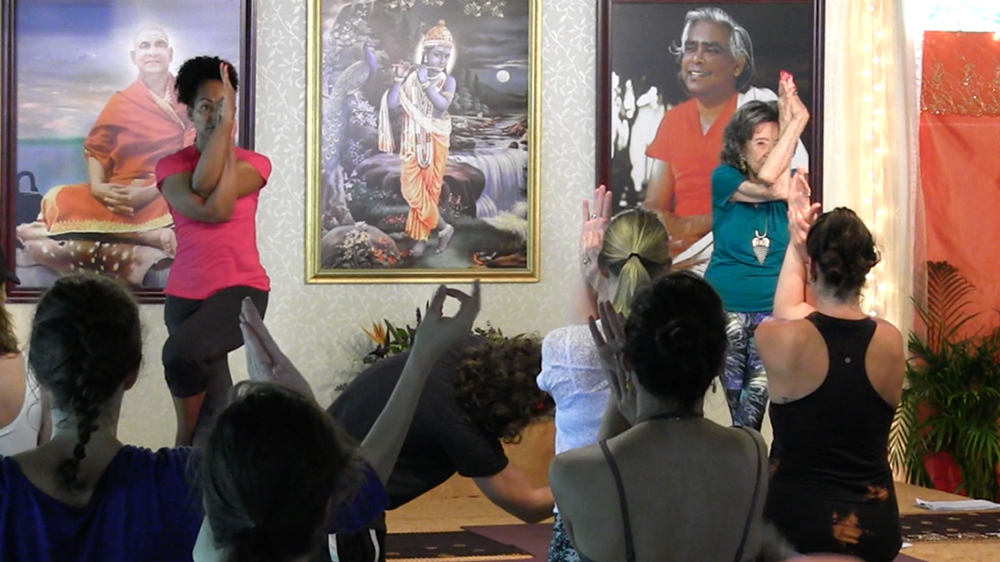