June 2 – 7, 2013 – It was a treat to be in Myanmar for the Young Global Leader (YGL) Summit and World Economic Forum on East Asia. Over 1000 people from 55 countries descended on the new capital of Nay Pyi Taw to discuss Myanmar’s future.

Myanmar, formerly known as Burma, is one of the largest countries in Southeast Asia. It shares boundaries with Thailand, Laos and Bangladesh, as well as China and India. After 50 years of military rule, Myanmar is now open for business and is actively courting foreign tourists, trade and investments.

The YGL Summit started in the bustling old capital of Yangon. As soon as I stepped outside my hotel, I was in the midst of the action with an outdoor market just around the corner. Given how the clouds seemed to roll in quickly, I learned right away to pack an umbrella.

After our opening sessions, we dispersed throughout the city to go on Impact Journeys to learn more about the country and spend time with locals. My group explored the role of faith in Myanmar’s future. We visited the Mahasi Meditation Centre, the Myanmar Theology Institute and had a panel discussion with Muslim and Buddhist leaders at the Sitagu International Buddhist Academy. Read more about it on the World Economic Forum blog.

We ended the day at the magnificent Shwedagon Pagoda which is over 2,600 years old making it the oldest historical pagoda in Burma and the world. We were there on a very rainy day so the pictures don’t do it justice. Usually, the gold-gilded dome glistens in the sun and dominates the Yangon city skyline. Theravada Buddhism is the religion of about 90% of the country’s population so there are a lot of pagodas and Buddhist monasteries.

From Yangon, three charter planes took all of the YGLs to the new capital of Nay Pyi Taw. It was a strange (and fun) experience to know just about everyone on a plane that size. Although the brand new airport was designed to handle 3.5 million people annually, we were the only ones there when we landed. The city itself seemed empty. The multi-lane highway had only one or two cars on it. It was clearly the administrative center and home primarily to government ministries. We went over a moat (like in the days of castles) on our way to the enormous presidential palace to meet President Thein Sein. With over 100 different nationalities living in country, he emphasized the desire to create a unified Myanmar.

The highlight of the trip was meeting Nobel Peace Laureate Aung San Suu Kyi. After 15 years of house arrest, she was one of the political prisoners released during the country’s reform process which started in November 2010. We had a private Meet the Leader session with her on June 7th – but the day before she surprised many of us by joining the Health workshop. I arrived early to the session and was sitting alone when she came up behind me and extended her hand. Though I didn’t get a picture, it was a moment I will certainly always remember. She was so gracious and graceful – and then right on point when she discussed the need for practical solutions to rebuilding their health system. While we were there, she announced her desire to run for President in 2015.

Myanmar offers a unique opportunity for those interested in emerging markets. With a young and large labor force, an abundance of natural resources such as oil, gas and minerals, and easy access to 40% of the world’s population, Myanmar is primed for growth – but the journey has just begun.

Almost 70% of the 60 million people live in rural areas with agriculture as their base. Access to capital is limited, but there are plans to set up a stock exchange.

As old meets new, the challenge will be to chart a mindful path of development that is inclusive and sustainable to preserve the native culture and environment while taking advantage of the immense market opportunities.

Whether you’re coming to taste the food, shop for jade, explore the ancient cities or invest in an emerging market, Myanmar is the place to be. Pack light, have patience and get ready to witness the shining future of this Golden Land.

WATCH VIDEO on The Rebirth of Myanmar. 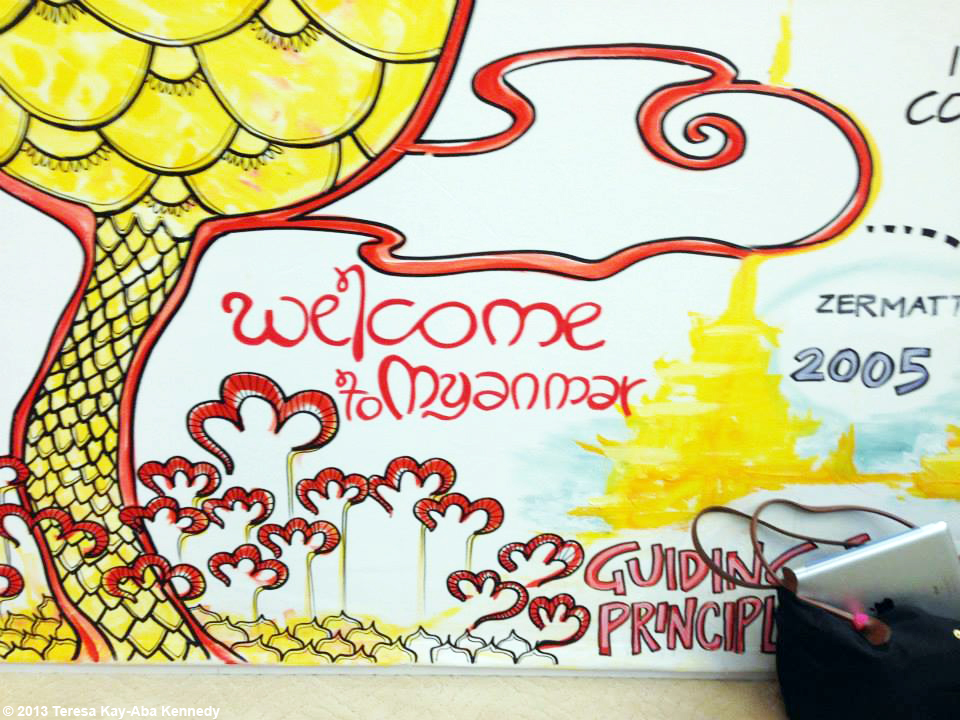 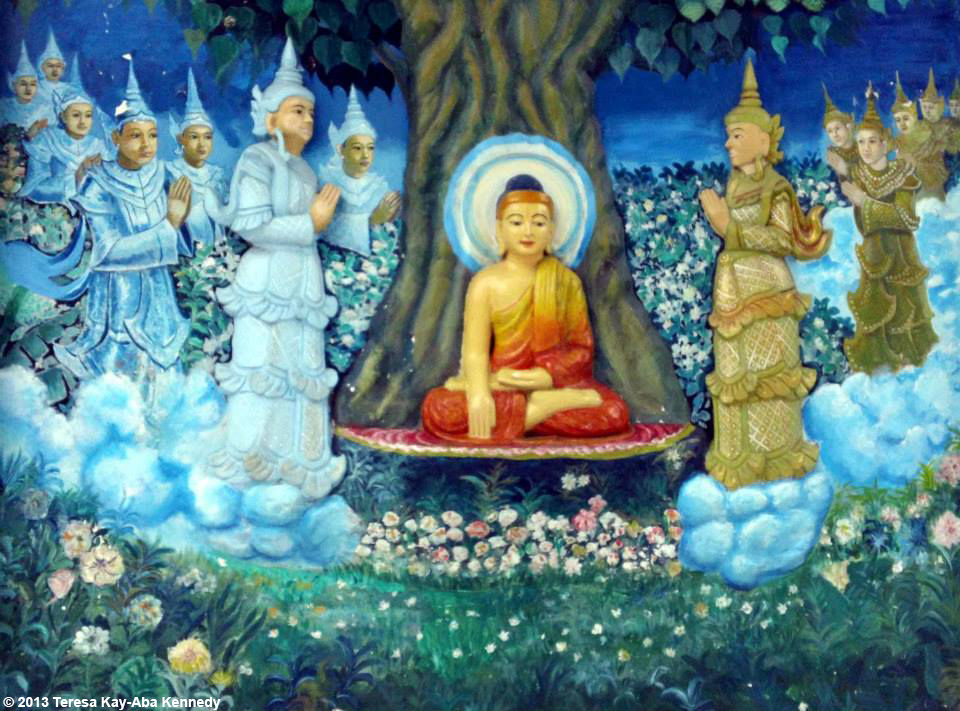 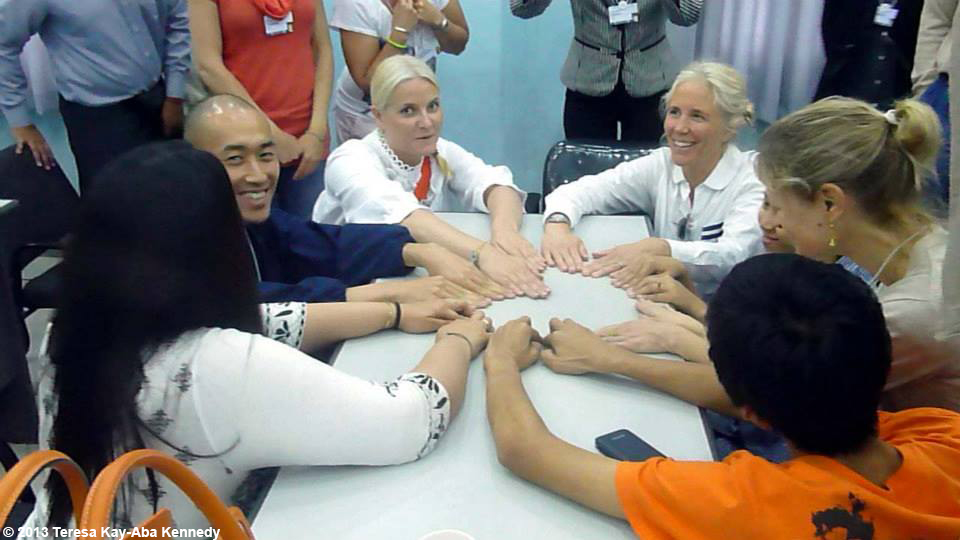 Teresa Kay-Aba Kennedy with fellow Young Global Leaders and young leaders at the Institute of Theology in Yangon, Myanmar in conjunction with the World Economic Forum on East Asia – June 2013 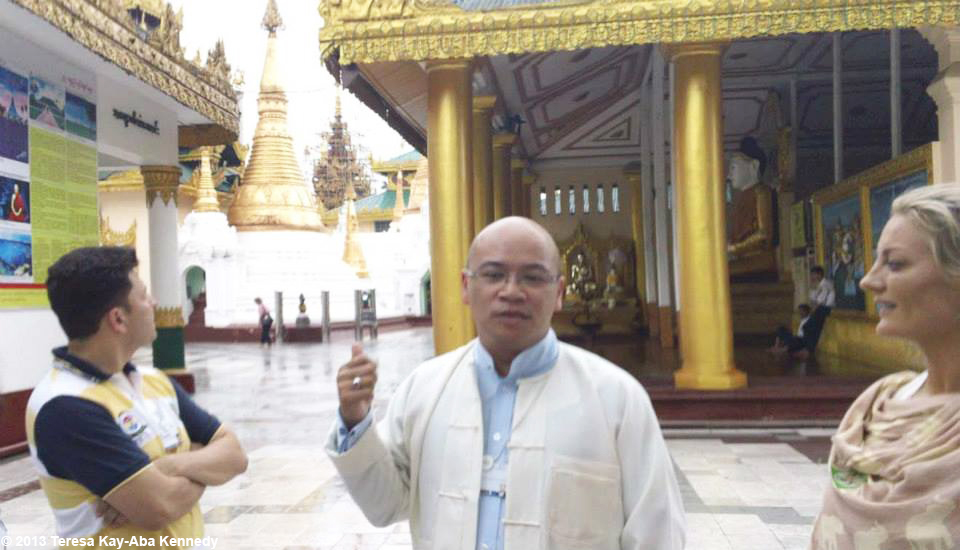 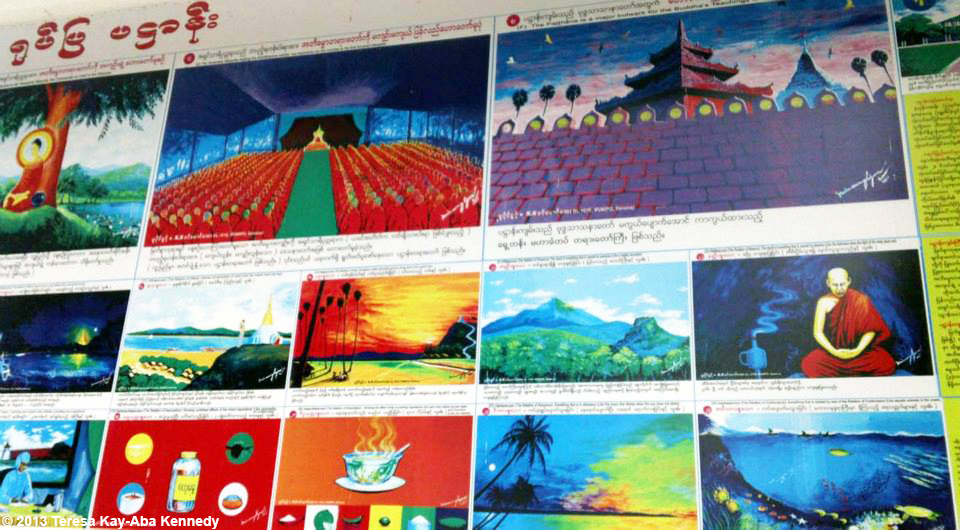 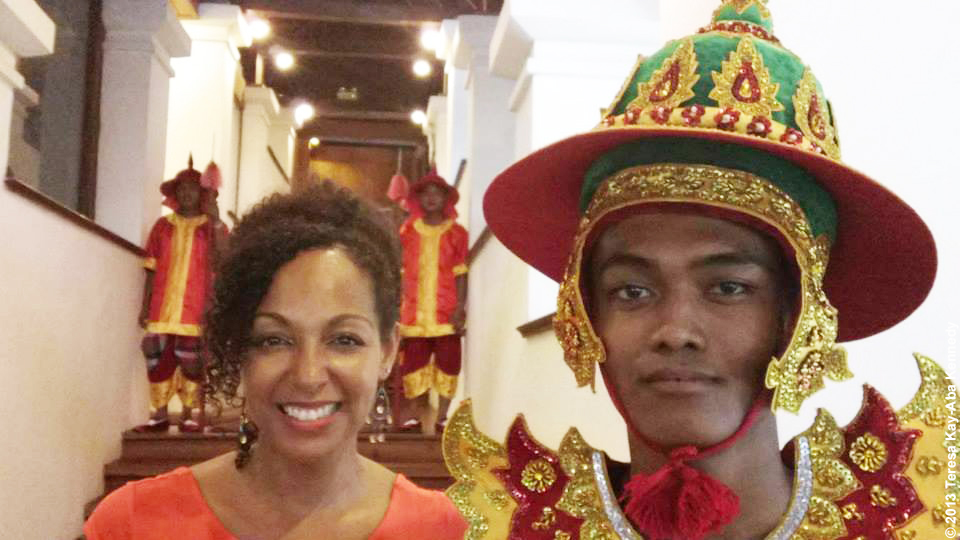 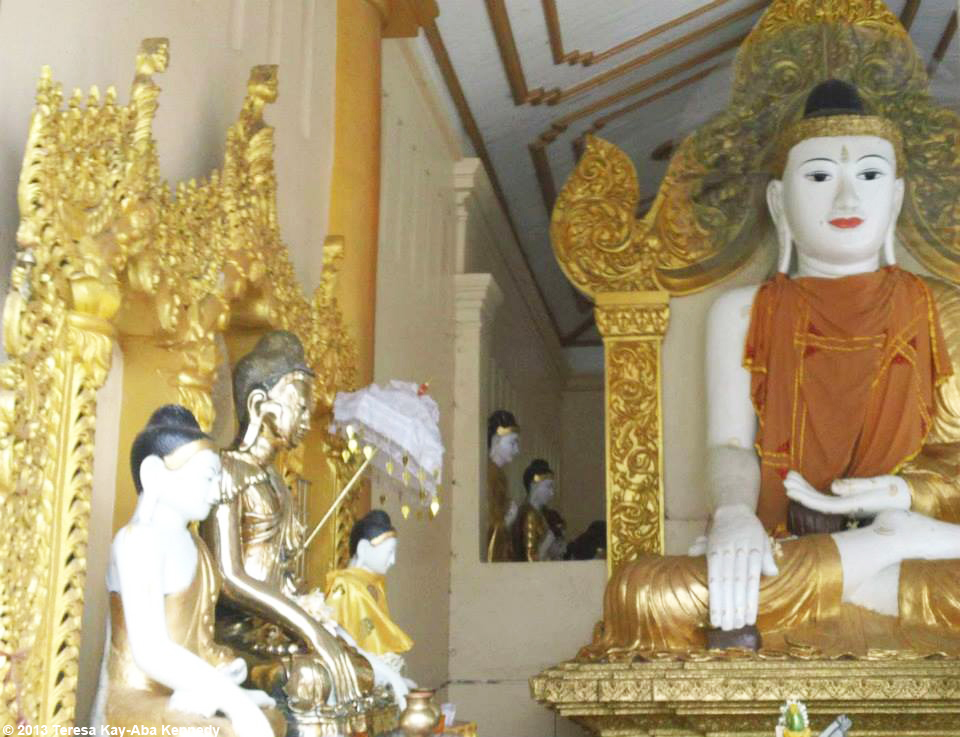 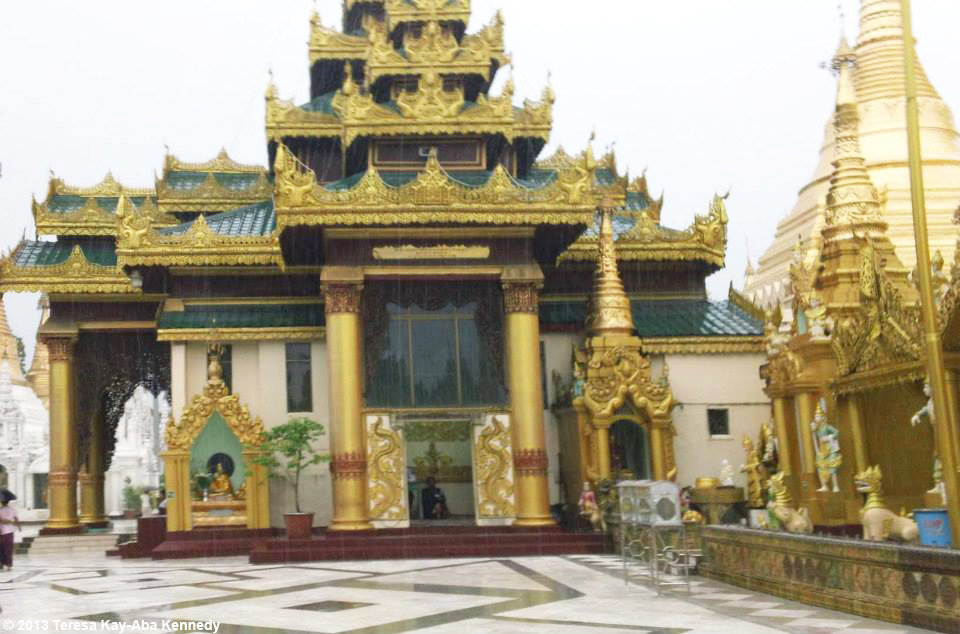 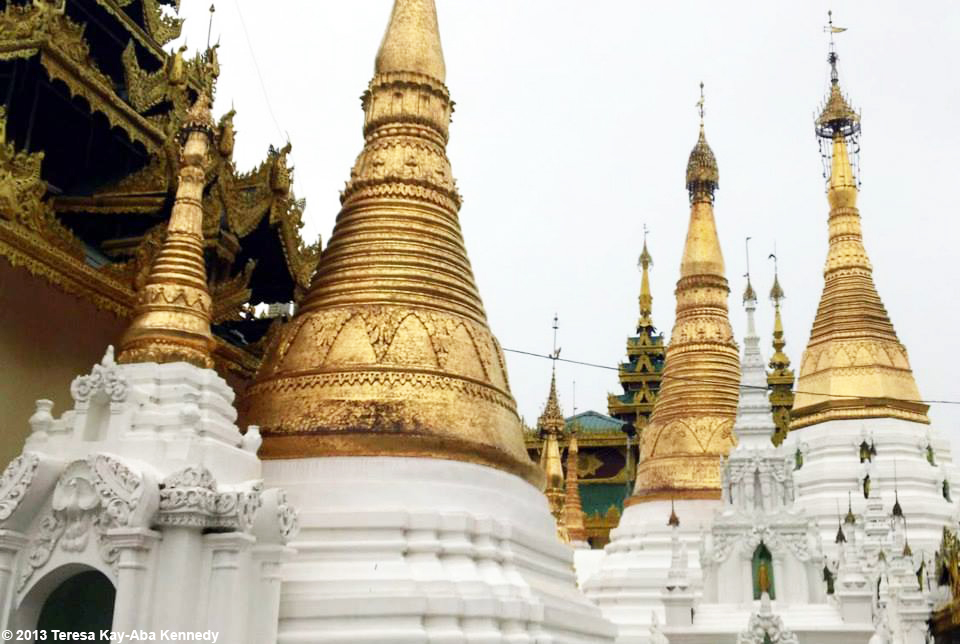 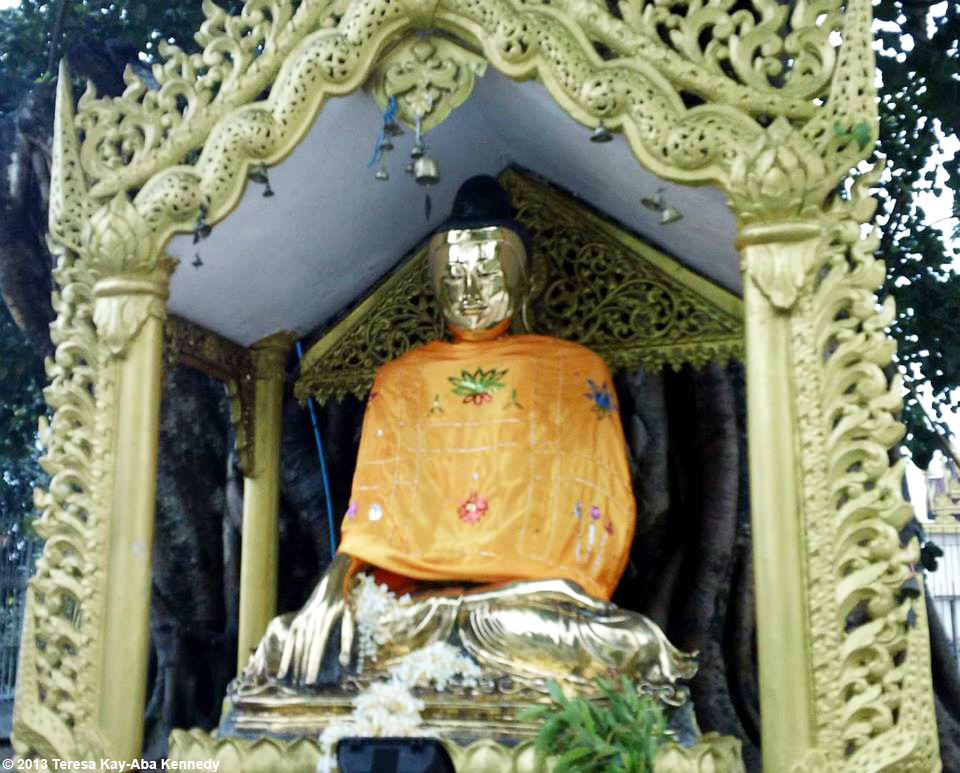 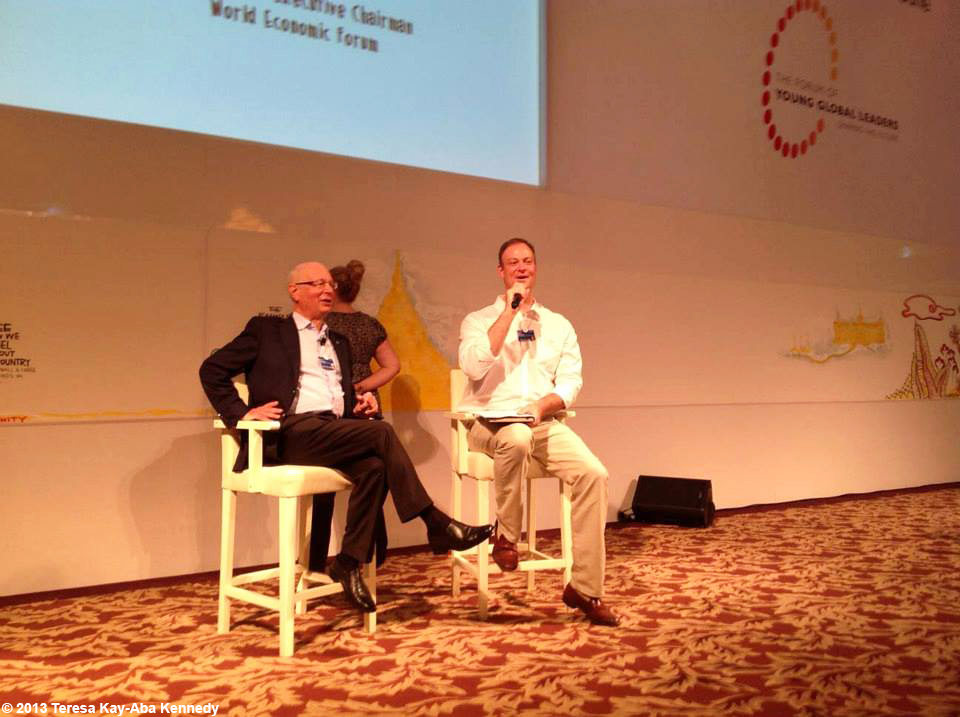 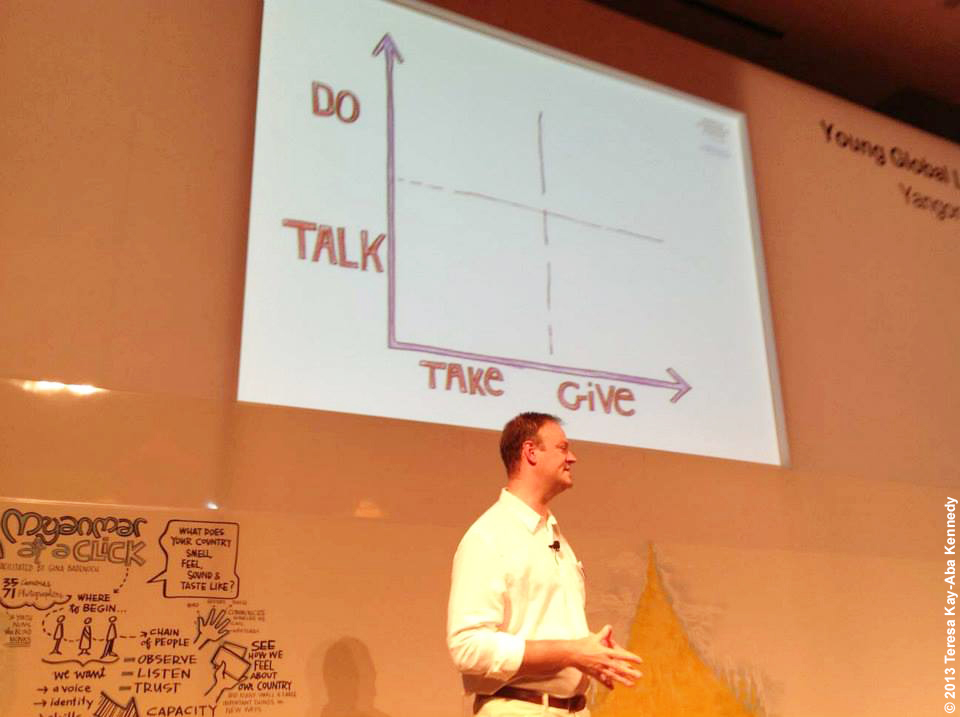 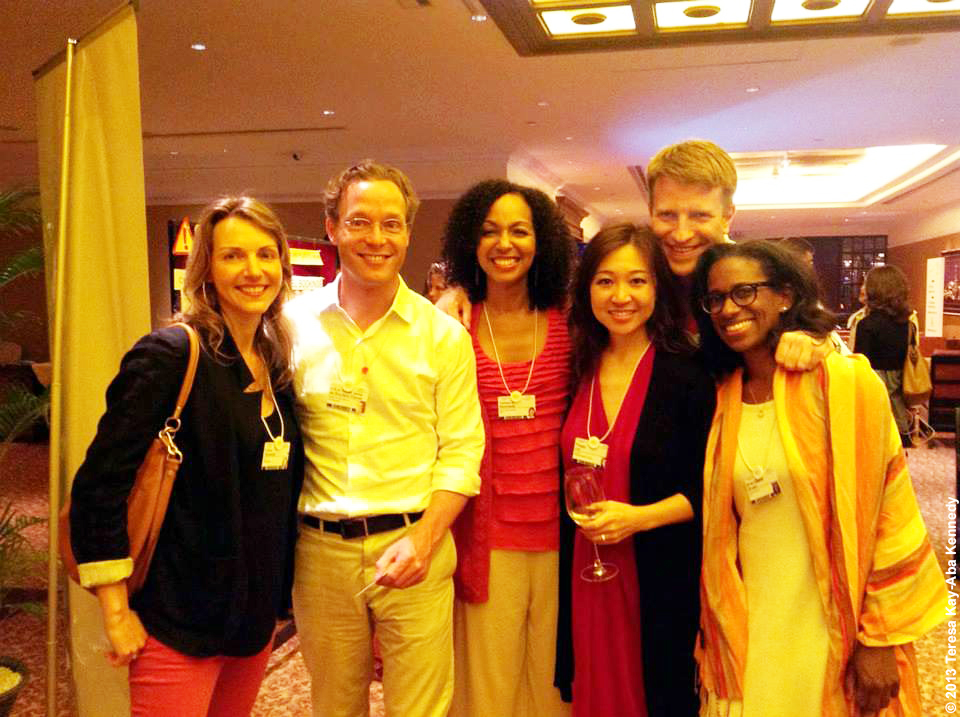 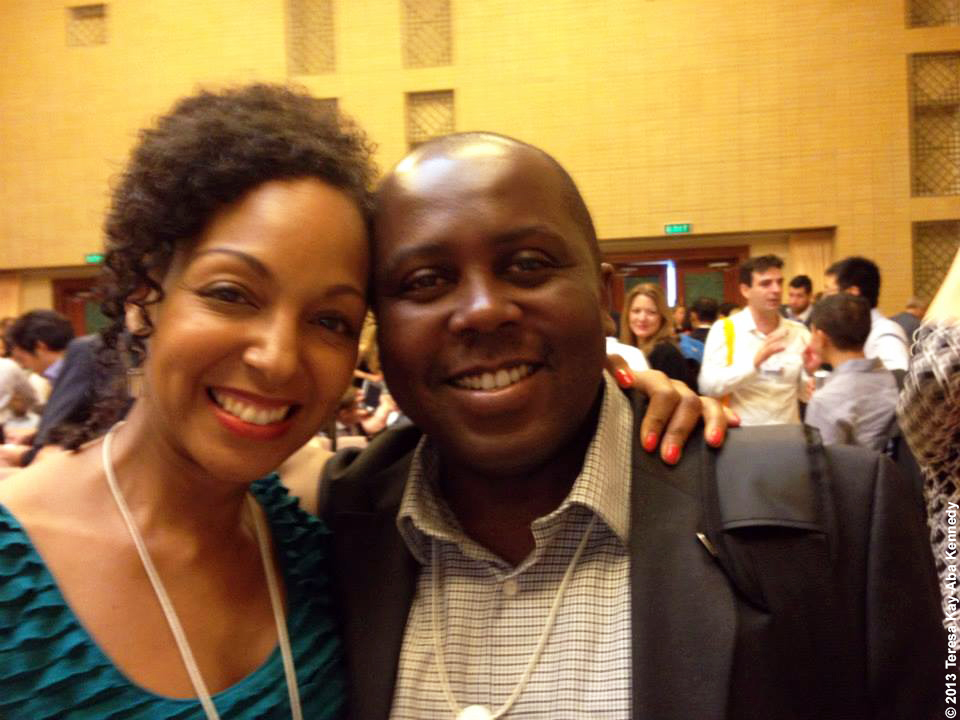 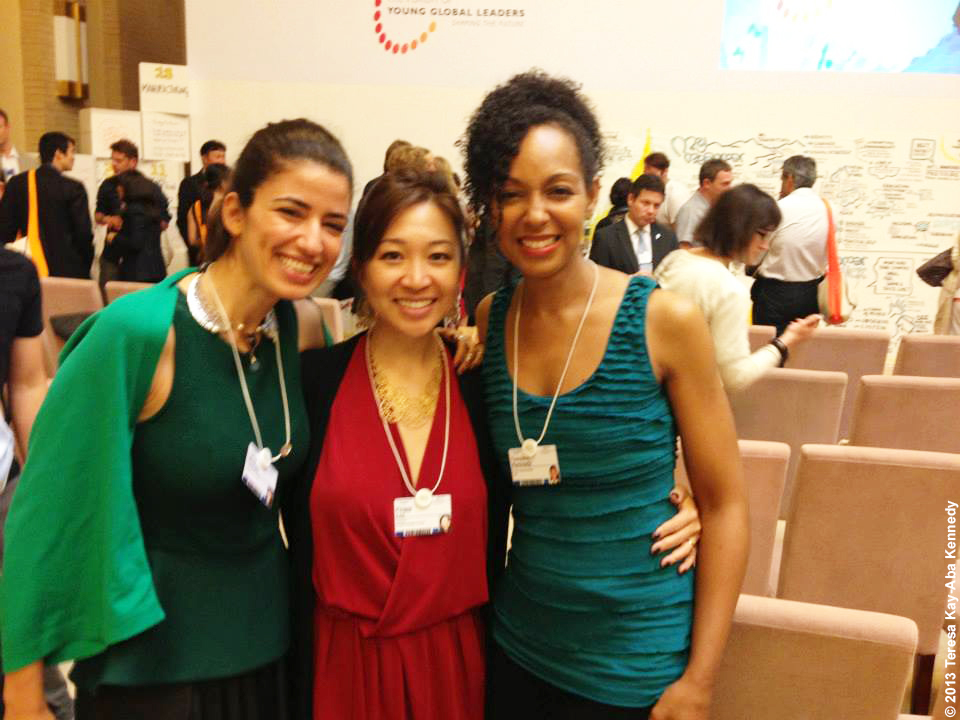 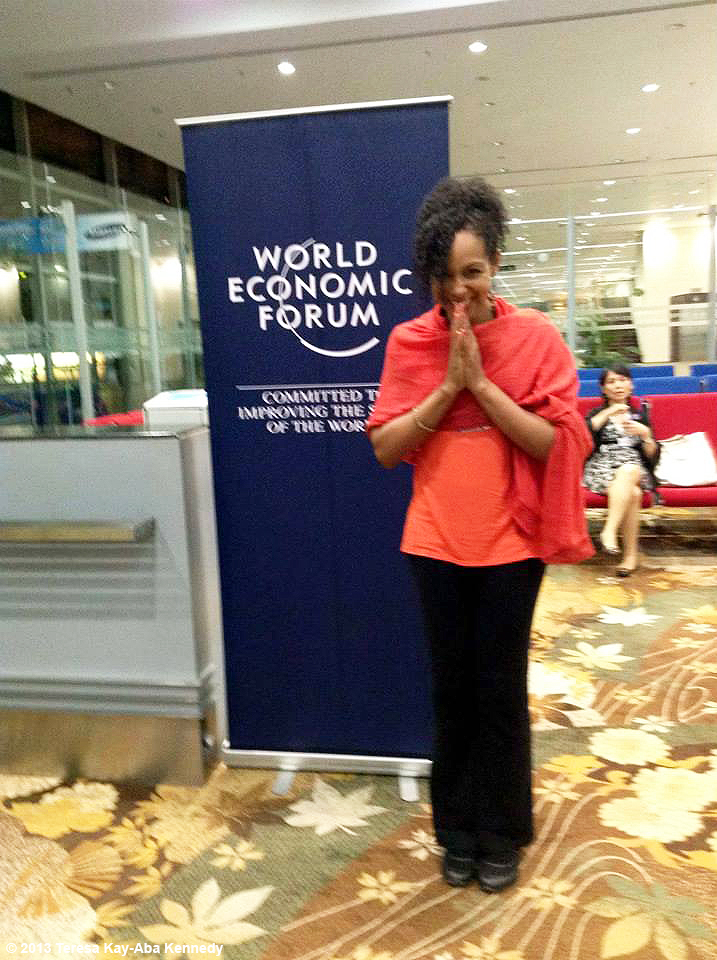 Teresa Kay-Aba Kennedy at the airport in Yangon on her way to the World Economic Forum in Nay Pyi Taw, Myanmar – June 2013 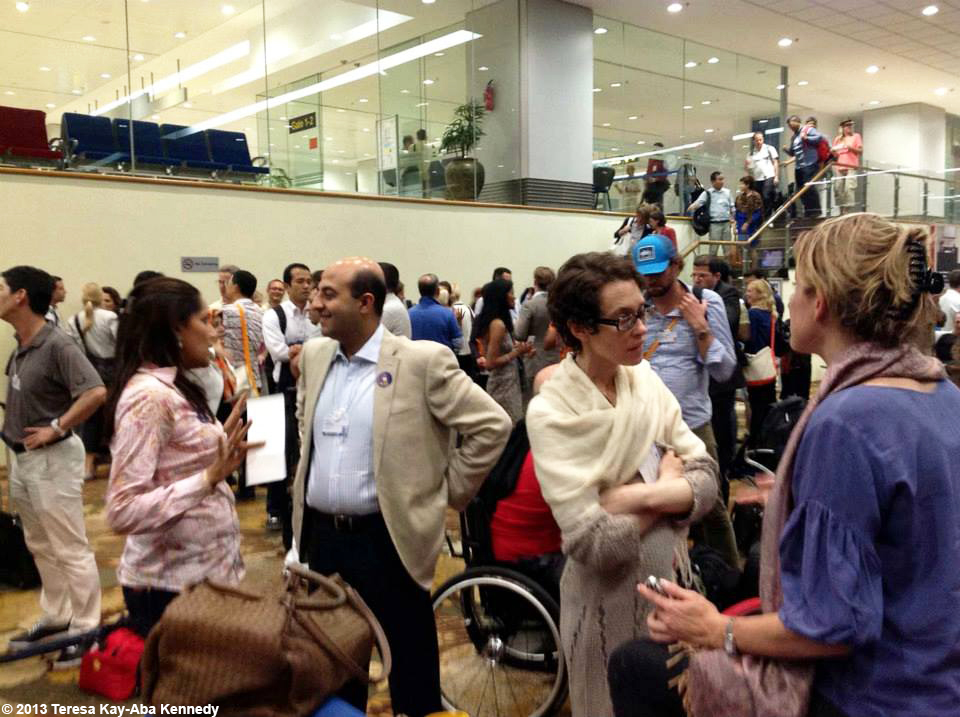 Young Global Leaders at the airport in Yangon on their way to the World Economic Forum in Nay Pyi Taw, Myanmar – June 2013 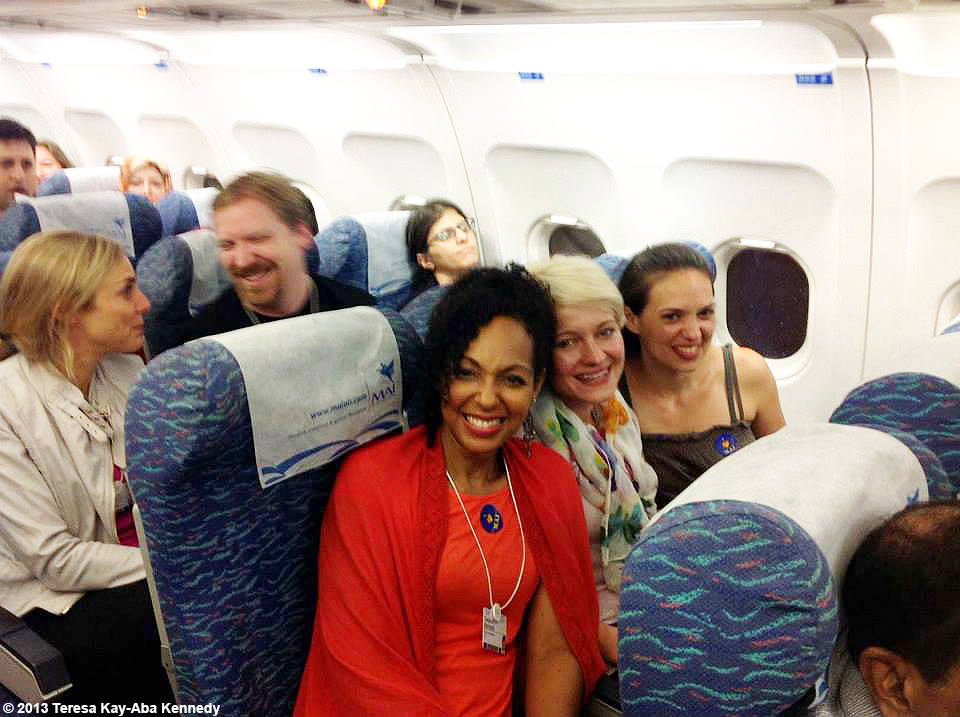 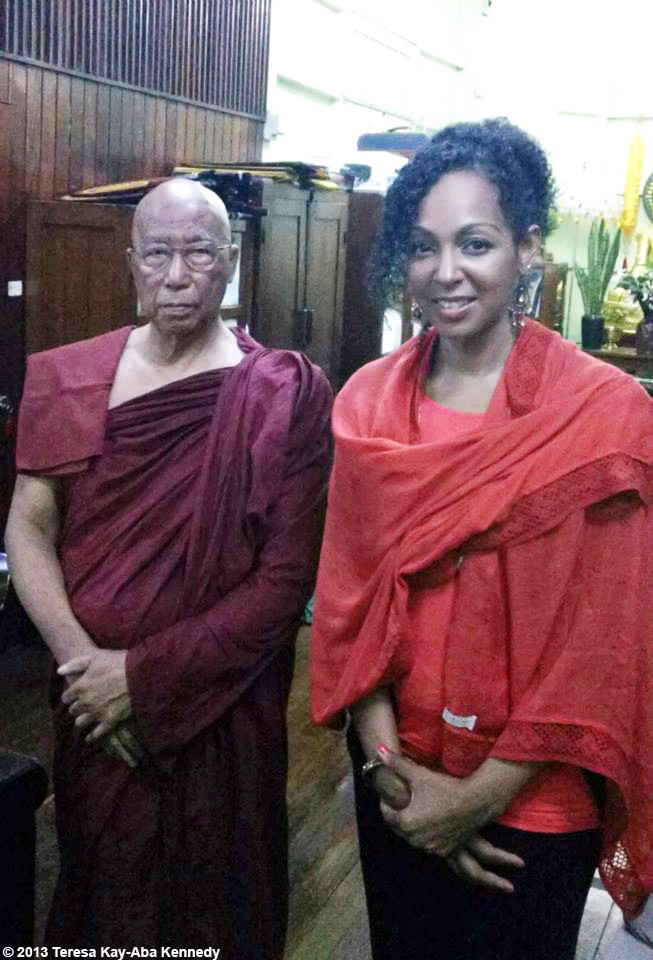 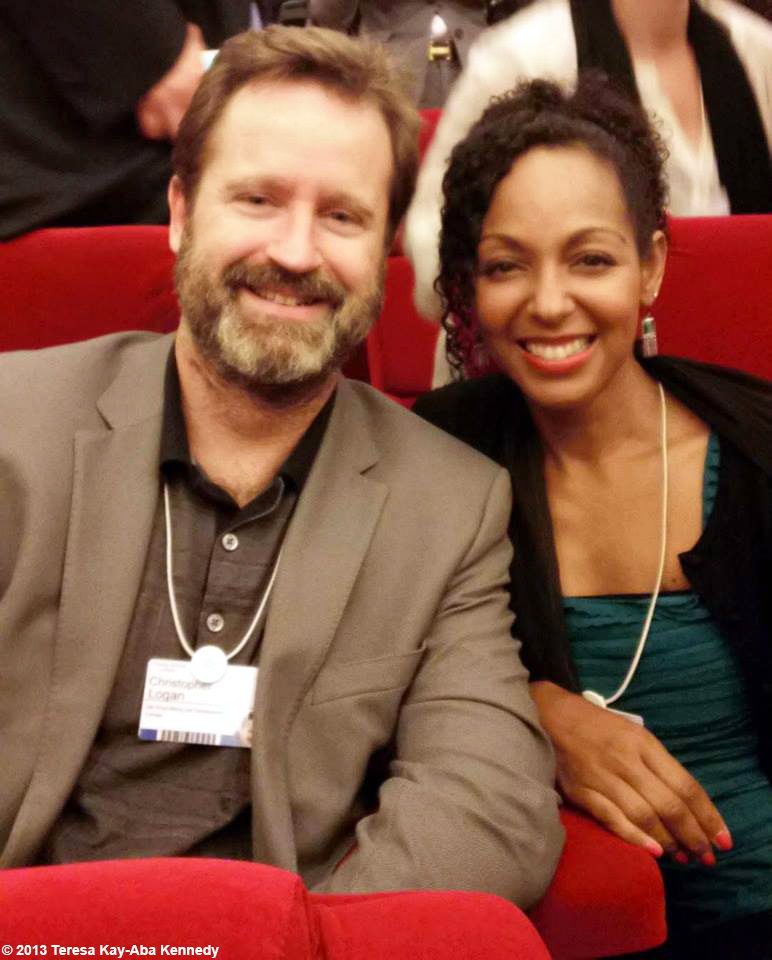 Christopher Logan and Teresa Kay-Aba Kennedy at the Presidential Palace in Nay Pyi Taw, Myanmar as part of the Young Global Leader Summit in conjunction with the World Economic Forum on East Asia – June 2013 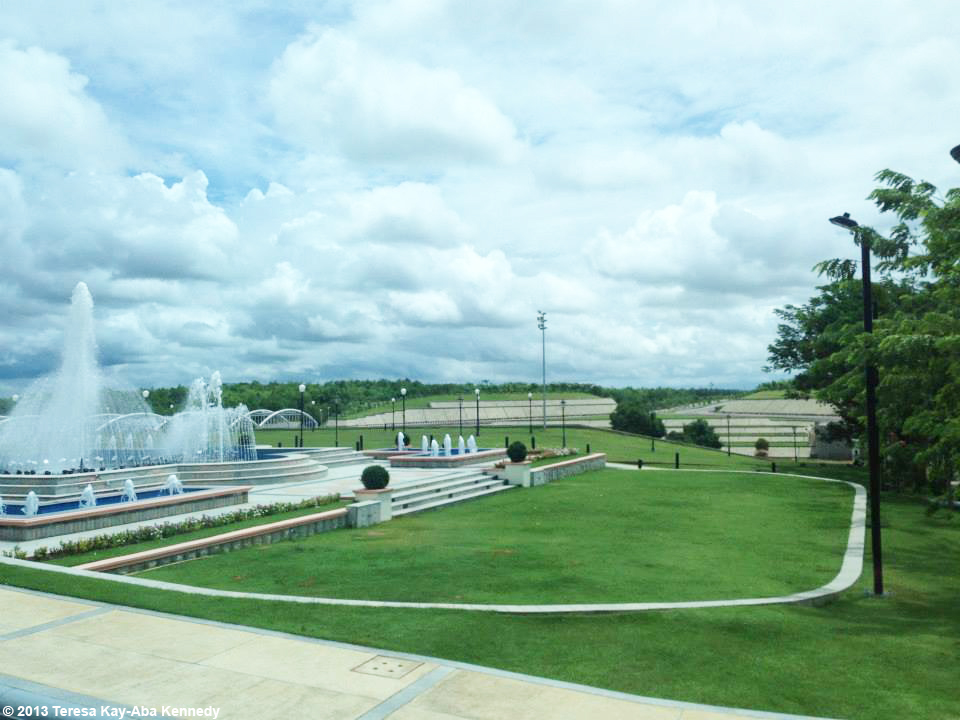 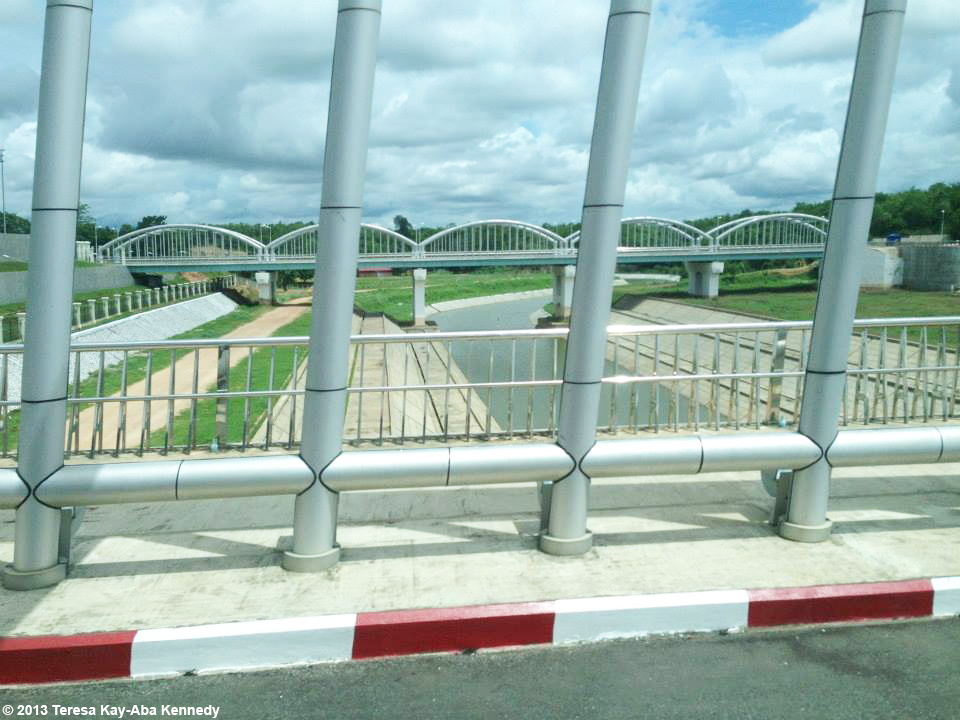 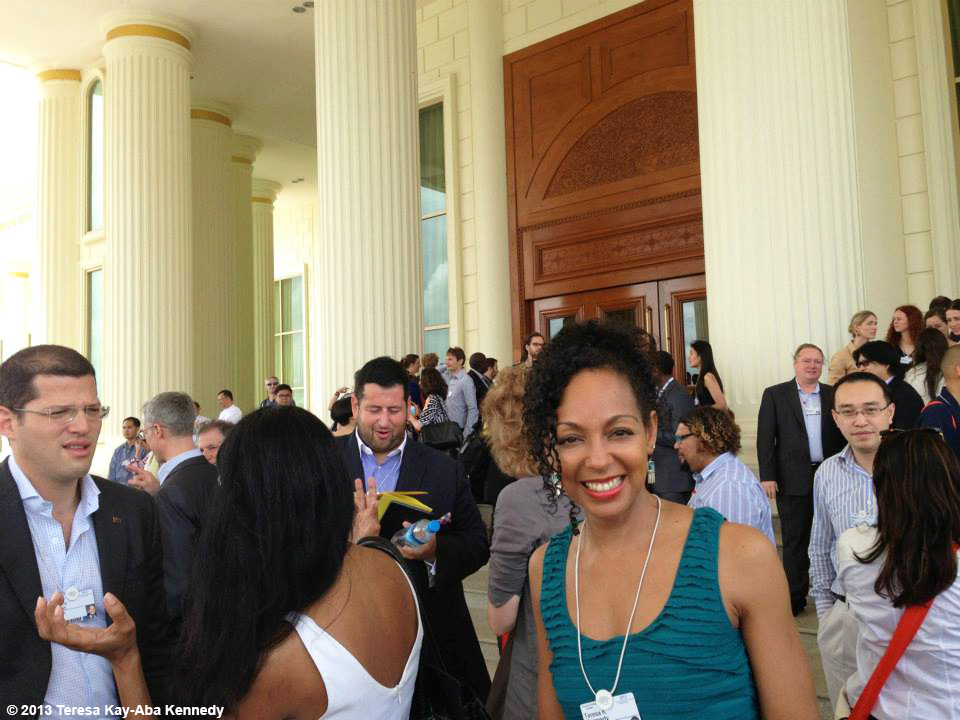 Teresa Kay-Aba Kennedy at the Presidential Palace in Nay Pyi Taw, Myanmar as part of the Young Global Leader Summit in conjunction with the World Economic Forum on East Asia – June 2013 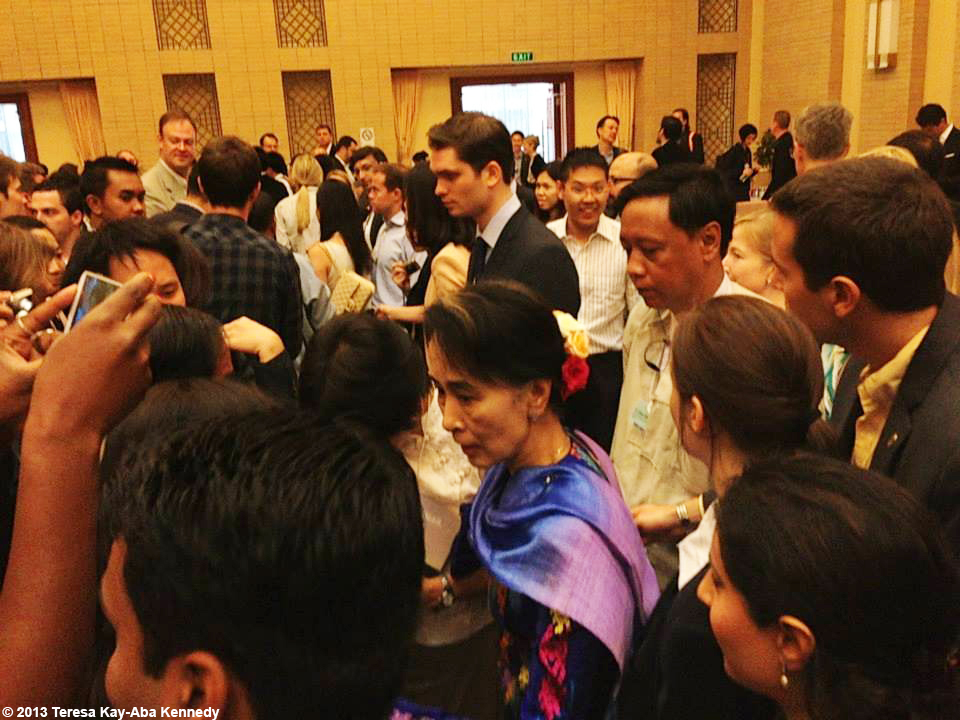 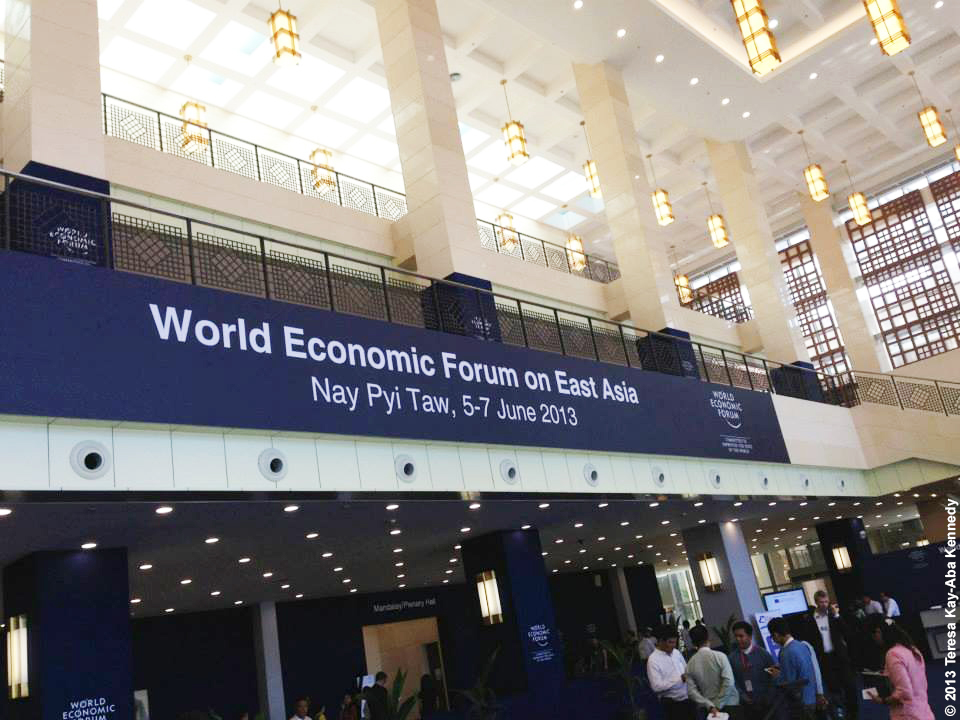 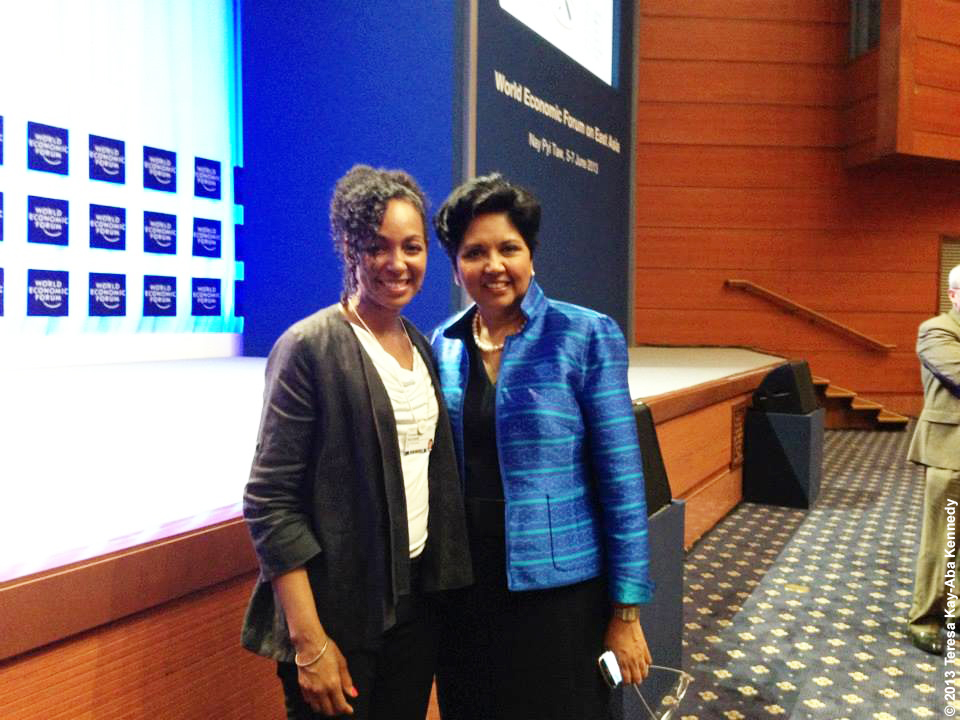