September 20, 2010 – I was delighted to participate in the WIE (Women: Inspiration and Enterprise) Symposium in New York. The event hosts—Sarah Brown, wife of the former British Prime Minister Gordon Brown, designer Donna Karan, and Huffington Post cofounder Arianna Huffington—brought together an incredible group of the who’s who of powerful women to discuss such diverse issues as the role of women in technology and the need for global empowerment.

It was a constant flow of interesting women from Melinda Gates, Sheila Johnson, Cathie Black, Diane Von Furstenberg and Dr. Helene Gayle, to Dana Perino, Jane Rosenthal, Nora Ephron, Elizabeth Banks and Christy Turlington. Her Majesty Queen Rania of Jordan received an award and was as eloquent as always. Proceeds from the event will benefit the White Ribbon Alliance for Safe Motherhood, as well as partner non-profits such as Donna Karan’s Urban Zen Foundation.

I had the honor of speaking on the “Health, Wellness & Spirituality” panel. Moderated by the beautiful and smart Kathy Freston, the panel also featured Marianne Williamson, Kris Carr, Dr. Susan Smalley, Dr. Hyla Cass and Amanda De Cadenet. We shared our stories, as well as tips to bring more balance and health to our lives. One thing I emphasized was developing “a positive addiction” – something you really love that is adrenaline pumping like running or dancing. For me, it’s a wonderfully sweaty Vinyasa Yoga class. Instead of dreading a trip to the gym, you will look forward to connecting with like-minded people while having fun. Try it out!! We also all recited The Power Living Pledge. It was exciting hearing 400 energized women in unison. My sister Sheila, who was visiting from Los Angeles, joined me. I must thank the fabulous June Sarpong–British TV host and now Member of the British Empire–for co-founding the event and coordinating all of my details. Most of all, I need to thank Meg Thomson from Hub Culture for inviting me.

I also attended the 5th Important Dinner for Women hosted by Wendi Murdoch, Queen Rania and Indra Nooyi. Again, I was in very good company. I talked about yoga with Martha Stewart, chatted with Gayle King whom I hadn’t seen for awhile, and met Ashley Judd–who was quite stunning, as well as Gisele Bundchen, Ivanka Trump and Marvet Britto. I also saw fellow Young Global Leaders there including Nancy Lublin, Seraina Maag, Maria Bartiromo, Jo Cox, Kate Roberts, Dina Powell and Natalia Allen. Much thanks to YGL Kate Garvey for coordinating my attendance. Graca Machel (Nelson Mandela’s wife) was a compelling keynote speaker talking about the United Nations GirlUp initiative. I was most impressed that Queen Rania remembered the note I sent her last year after my trip to Jordan. She is not only smart and beautiful, she is extremely well-spoken and passionate about improving the state of the world – particularly women and girls. She could simply sit back and enjoy being a royal–yet she is very hands-on and clearly makes change happen. If you are not already following her on Twitter, then read more about her work and get ready to really be inspired!! See pictures below from my WIE Symposium panel and watch the overview video. 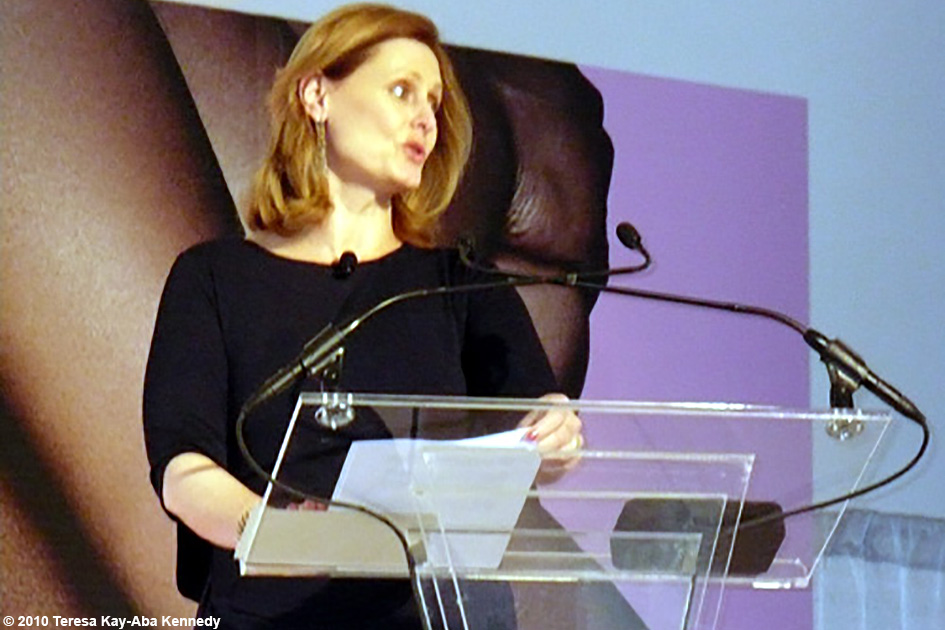 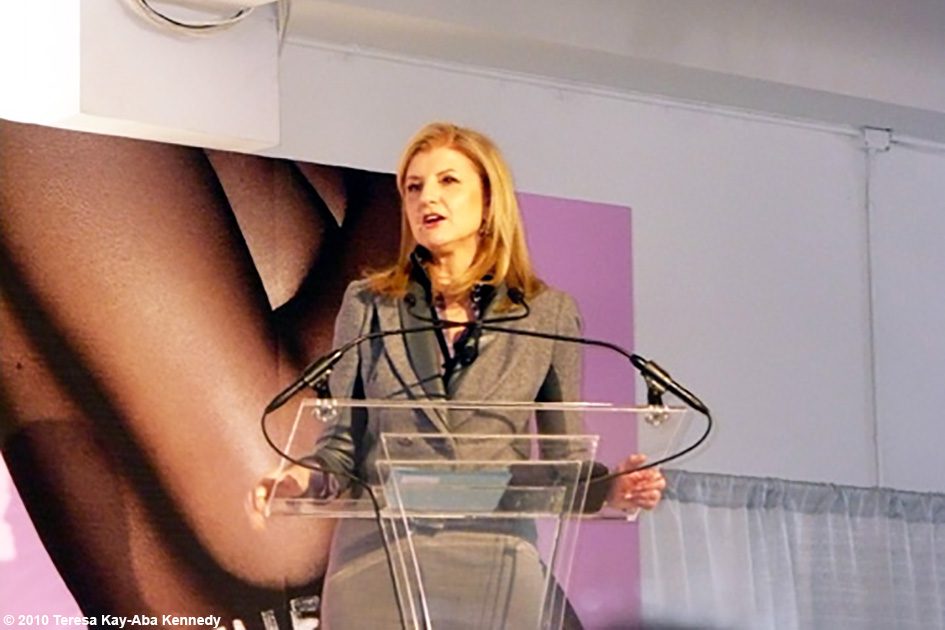 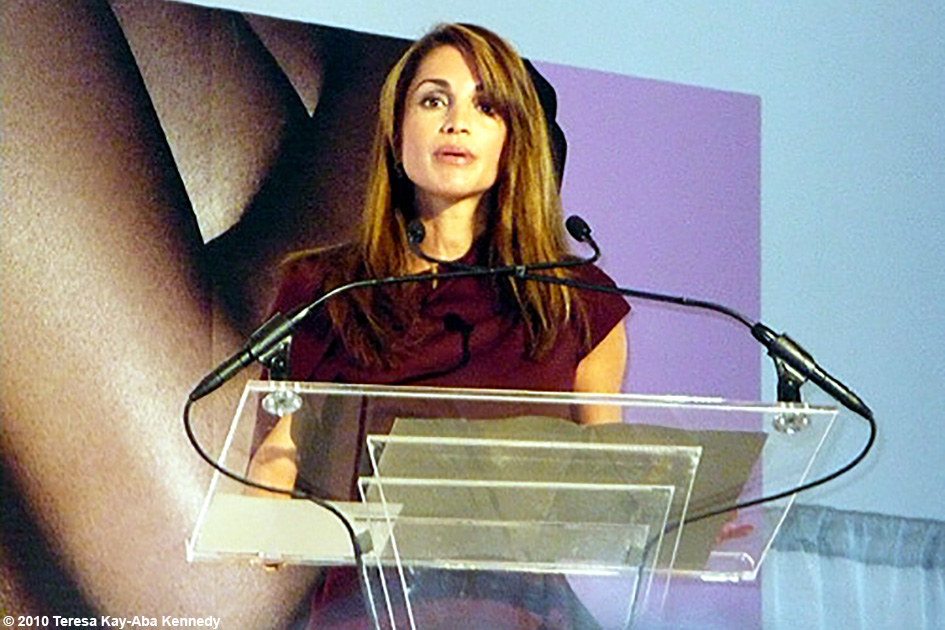 Her Majesty Queen Rania of Jordan speaking at the WIE Symposium in New York – September 20, 2010 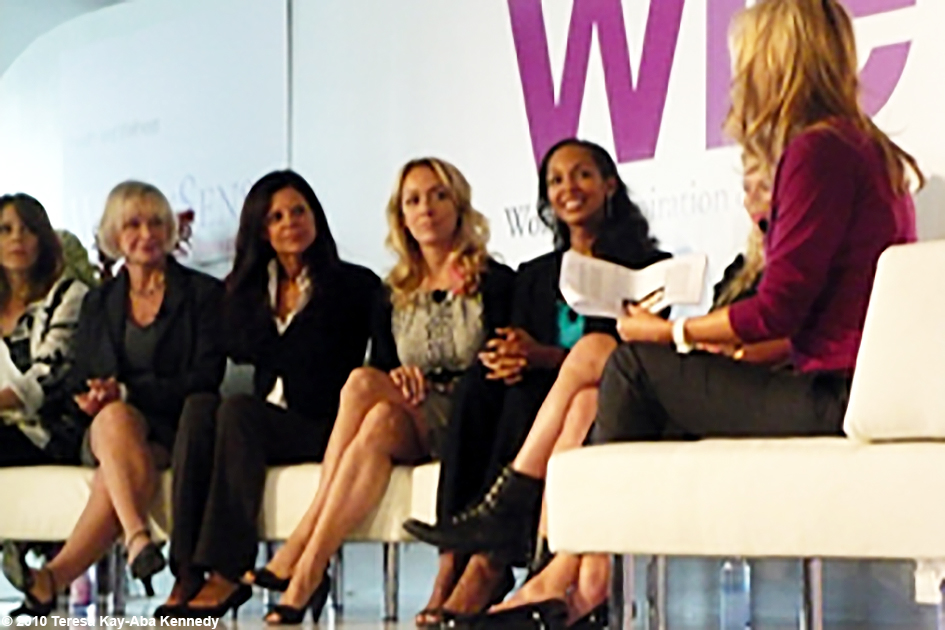 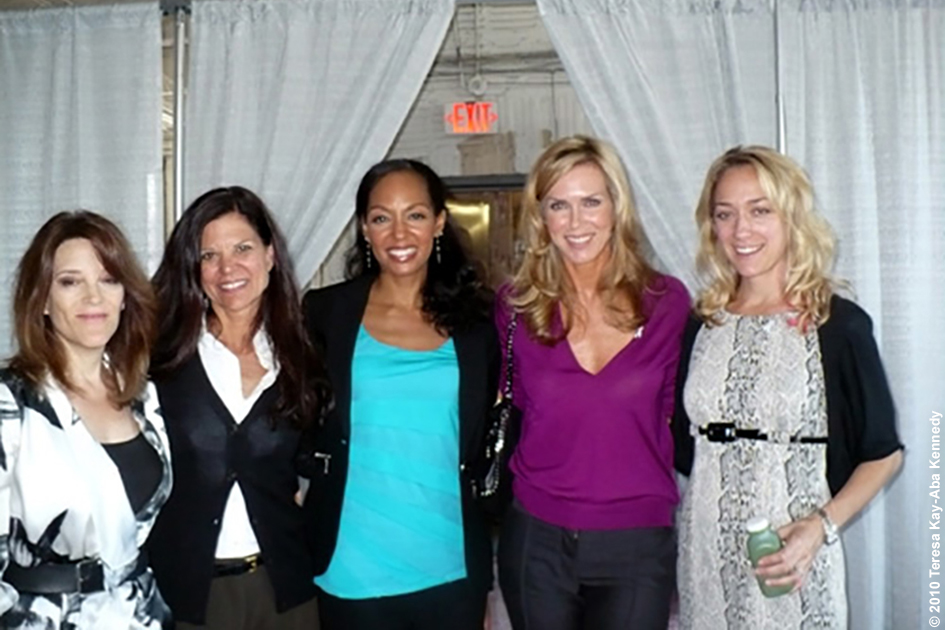 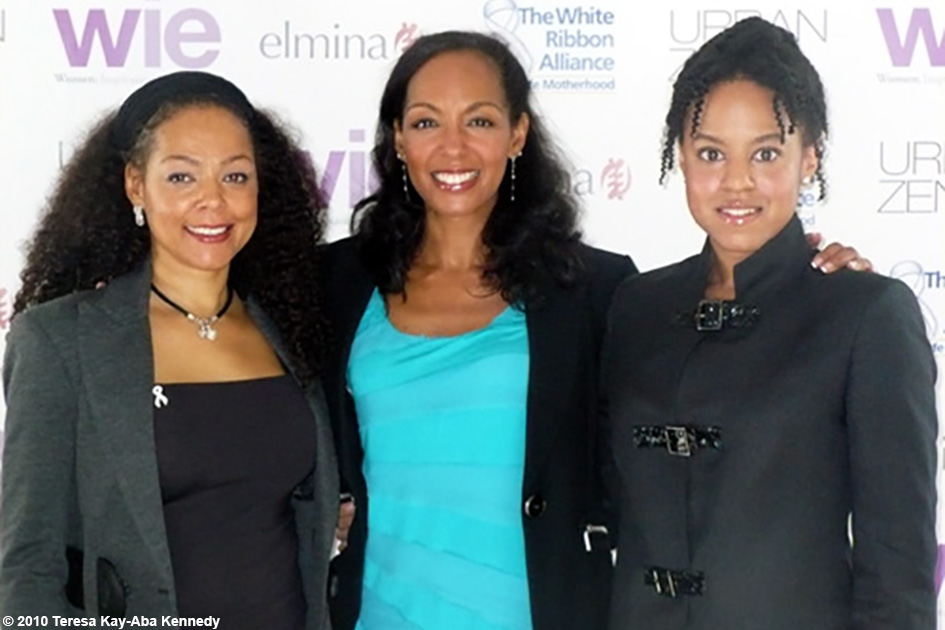 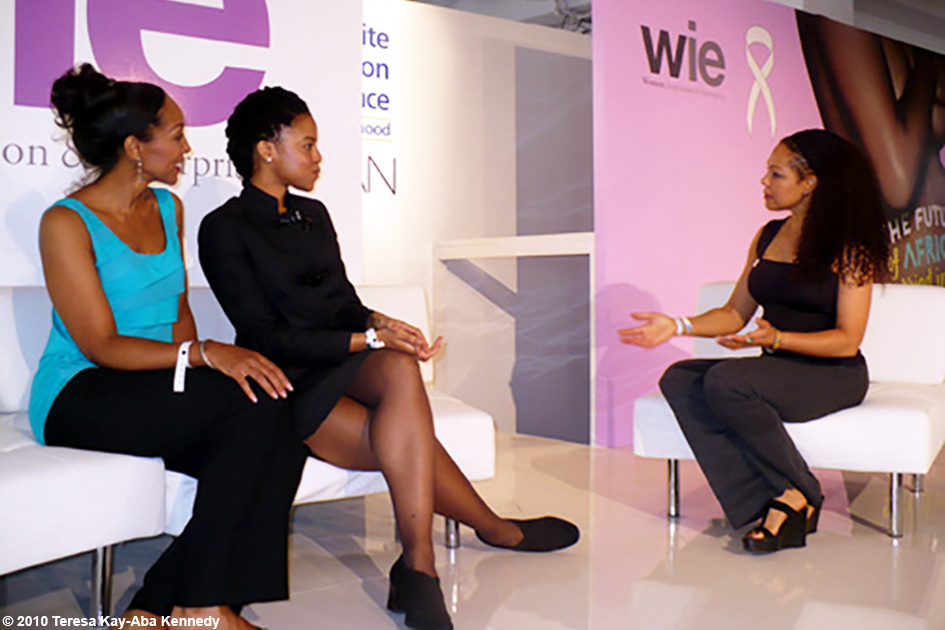 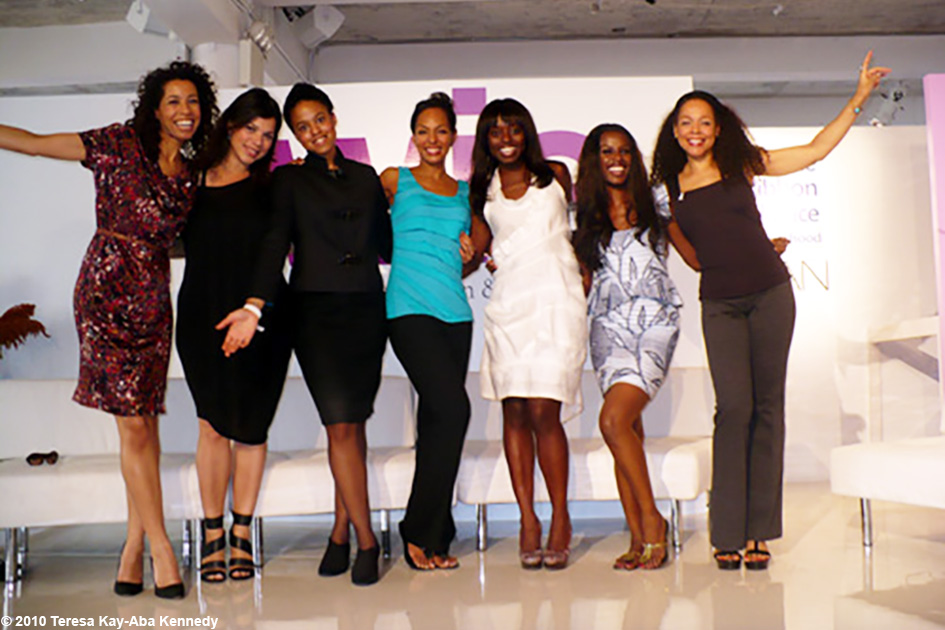