There are music stars and then there are music greats. Quincy Jones is certainly the latter and when you talk with him it’s usually not about music but about spirituality or something like that. I love it! I had the distinct honor of interviewing him for Dr. Oz’s HealthCorps Green Garden Gala, as well as spending time with him in Atlanta after the 2010 Salute To Greatness Dinner. After the official dinner, we went to a private “after dinner” dinner at Straits–Ludacris’ restaurant–with Quincy and a handful of other friends. It was quite special. He is certainly a brilliant man. We talked about everything from yoga, meditation and seaweed (for health) to my former colleagues at MTV Networks and his international travel and humanitarian work. Haiti was obviously on our minds as well. We were out until about 3am. My sister, Sheila Kennedy Bryant, has spent more time with Quincy over the years at events and at his home. 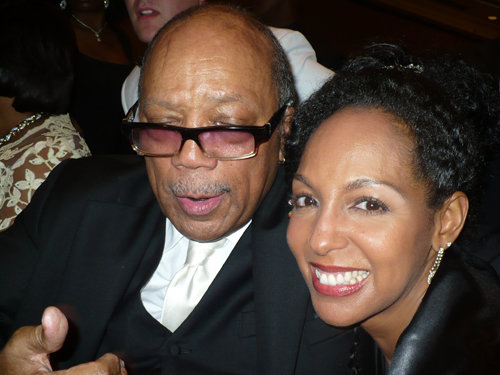 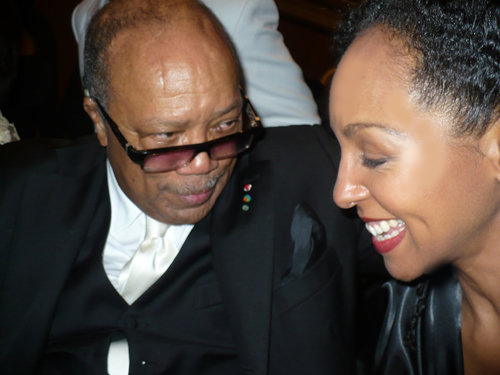 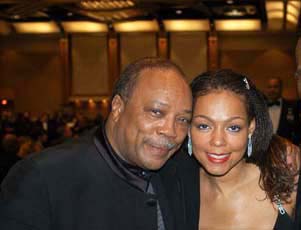 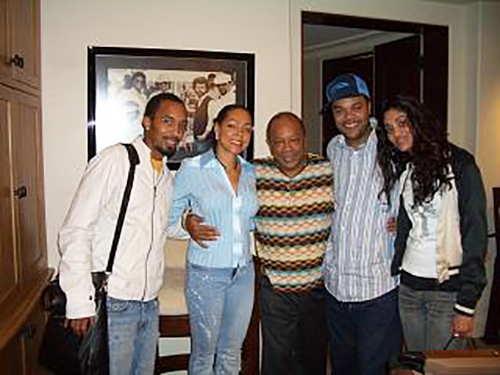