December 15-22, 2017 – It is certainly a long flight from New York to Hong Kong, but it was totally worth it to join 99-year-old yoga master Tao Porchon-Lynch on another one of our international jaunts. As soon as we arrived, we got massages in the room which I highly recommend after transcontinental flights!

Our primary host was Pure Yoga in Pacific Place which is an absolutely gorgeous studio situated in a very high-end mall. Before those activities began, though, we took a two-hour train ride to Guangzhou, China on the 16th. Another one of Tao’s students, Regina Lee, arranged it. I had been to Beijing, Shanghai and Tianjin, but this was my first time in the port city of Guangzhou. Our local hosts were fabulous, treating us to a wonderful dinner with a range of delights. The food was like art but being gluten-free I wouldn’t be able to survive there for too long. The next day, Tao taught a packed yoga class and I facilitated a Q&A. All the time, a film crew followed us.

Back in Hong Kong on the 18th, we had lunch with our Pure Yoga hosts, Mikey and Gen, at a wonderful vegetarian restaurant and then explored the city. Regina and her husband have a home there, so we had a local to guide us and was able to do a little shopping. A highlight was taking the Star Ferry. On the 19th, I was pleased to moderate “Conversation with a Master” with Tao. As often is the case, there was media in the session to cover the event. On the 20th, Tao taught a great yoga workshop with many camera clicking, and then on the 21st I co-lead “The Gandhi Effect” with Tao. All of the programs were very well-received and the books sold out right away.

We stayed at The Park Lane Hotel, a Pullman Hotel. It’s a great location with a view of Victoria Harbour and Victoria Park. Since our programs were in the evenings, I was able to use the steam and sauna every morning which was a treat. I was trying to knock out a cold I caught before the trip. One of the days I took a walk in the park and was amazed at all of the older people doing various exercises from Tai Chi and Qigong to a form of sword fighting. I also bought the largest grapefruit Tao had ever seen at the local market. I love exploring new cities. We headed back to New York on the 22nd. See below for pictures. Click on the image to enlarge it. 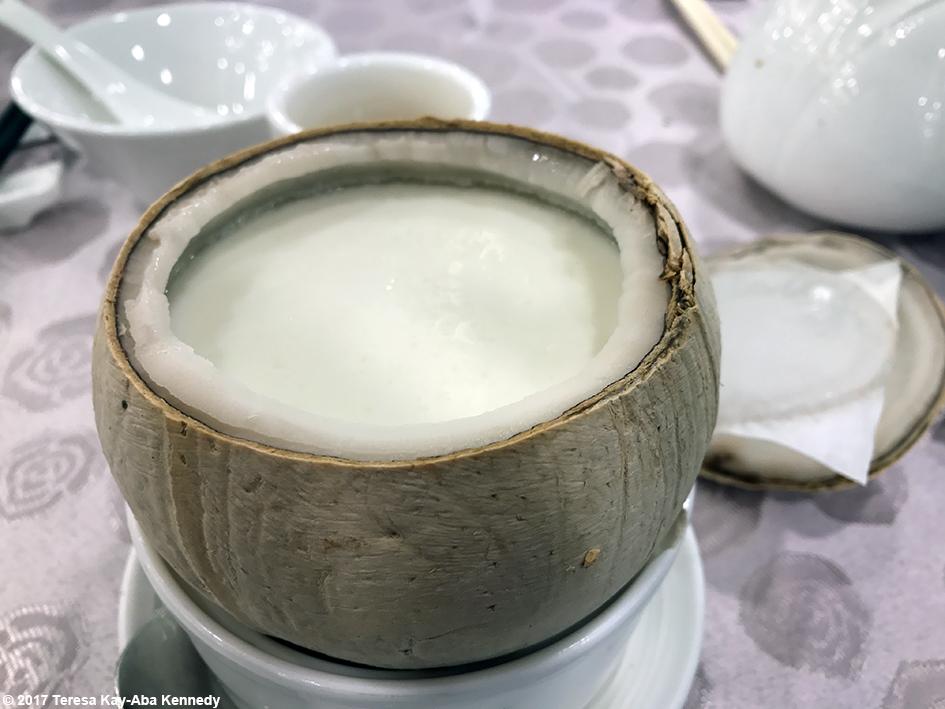 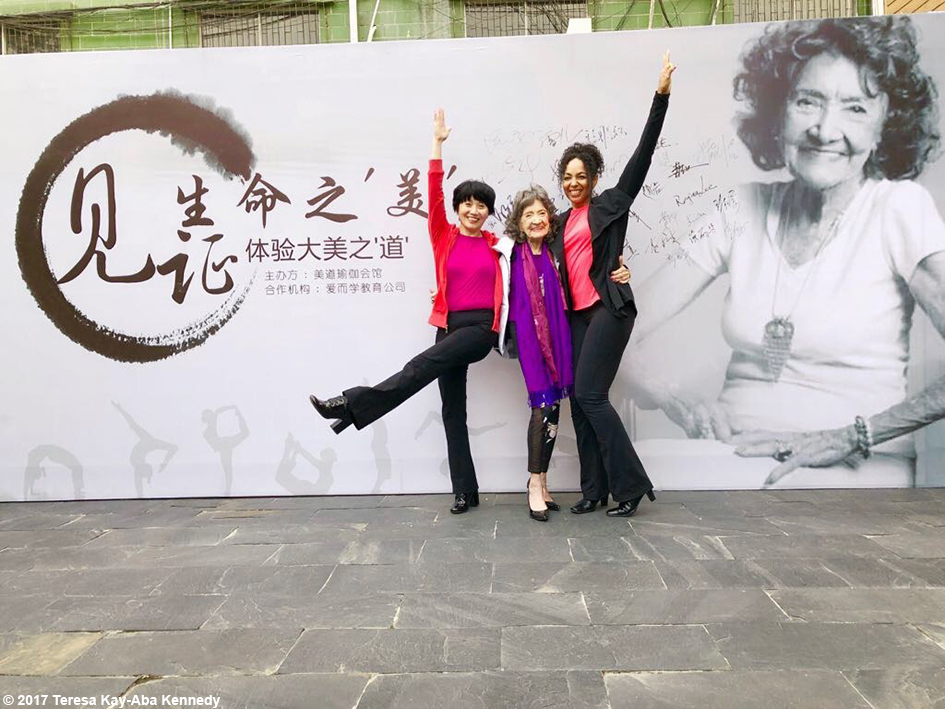 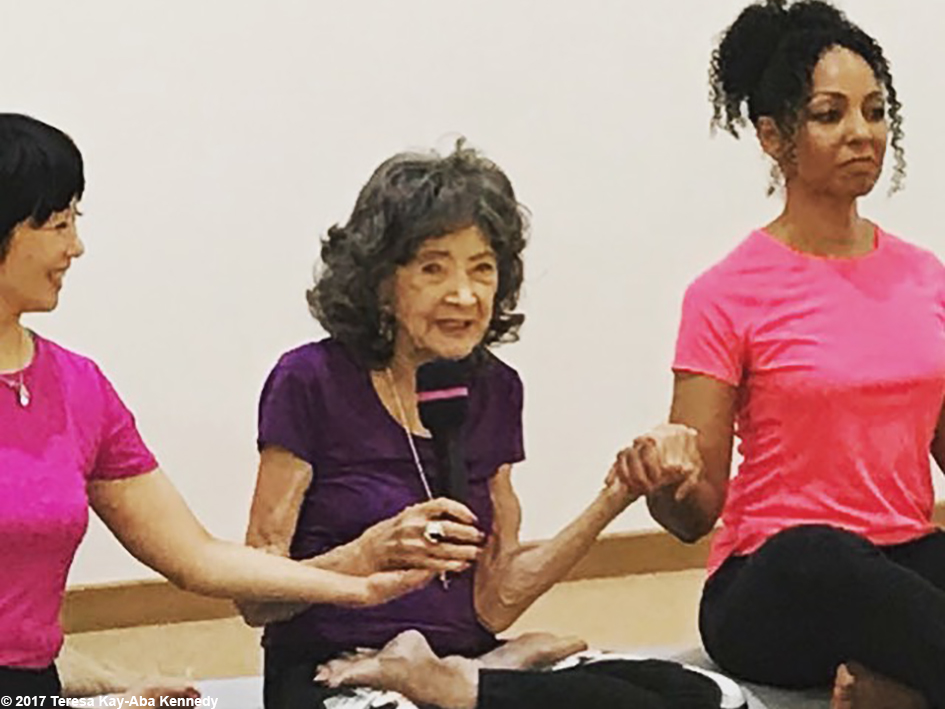 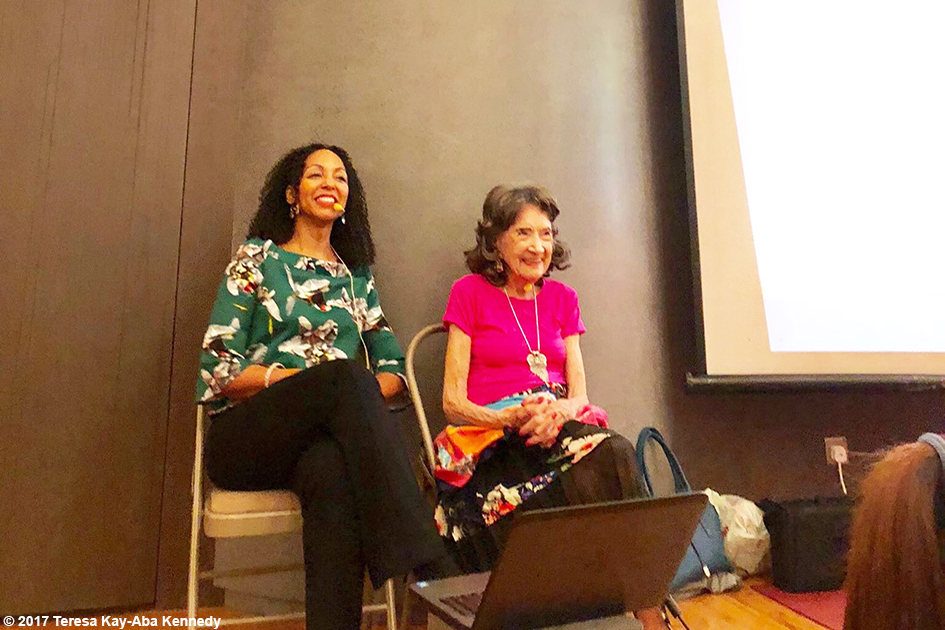 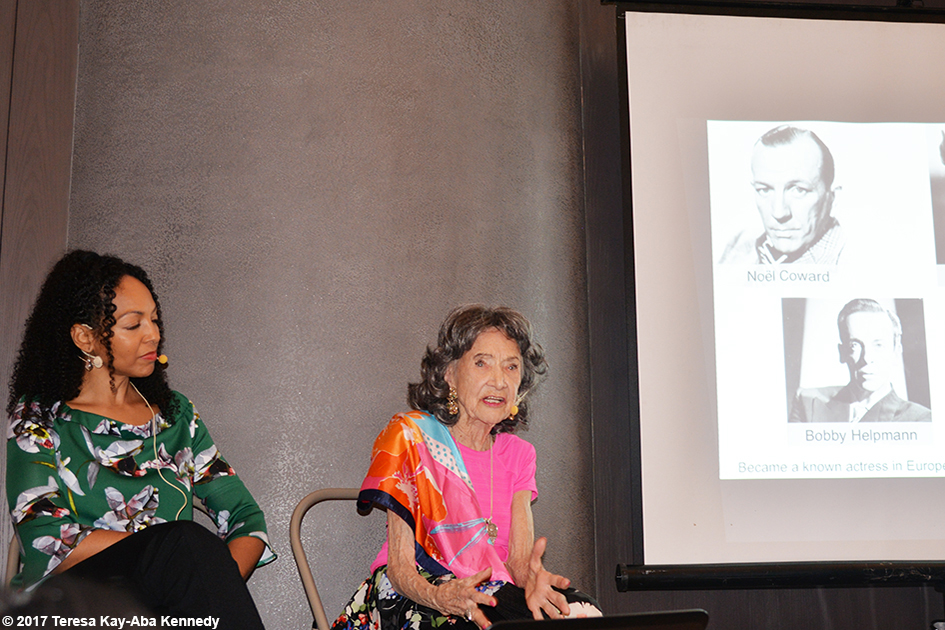 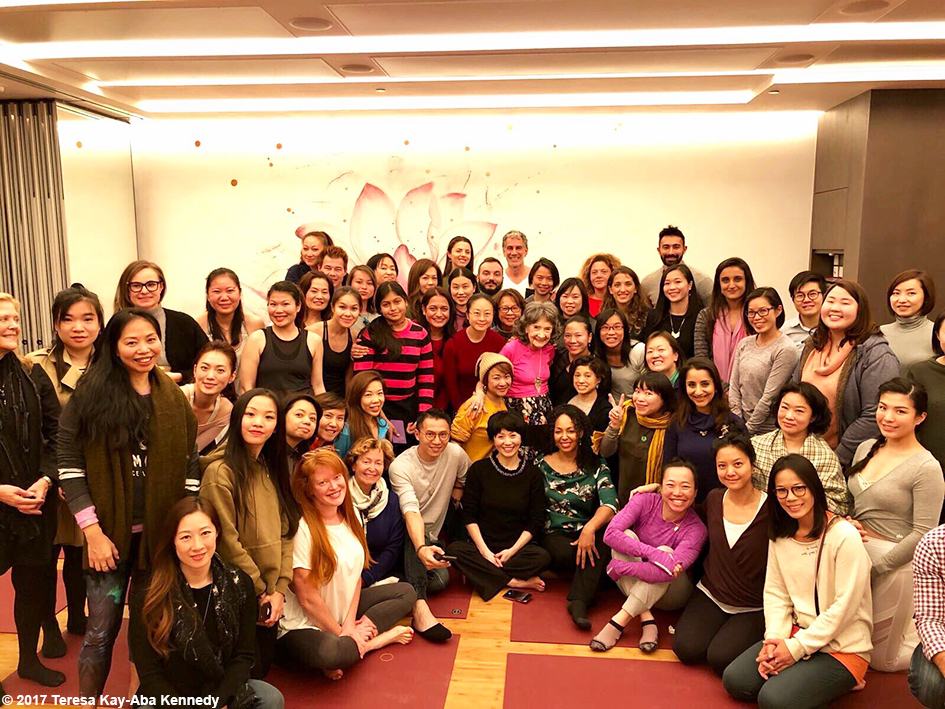 Class picture for Conversation with a Master with 99-year-old yoga master Tao Porchon-Lynch and moderated by Teresa Kay-Aba Kennedy at Pure Yoga in Hong Kong – December 18, 2017